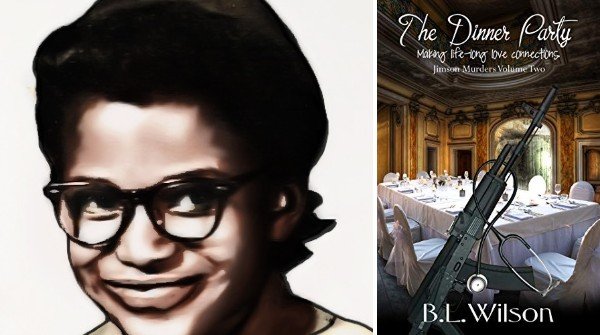 The Dinner Party, making life-long connections (Jimson Murders Volume2) is a sequel to The Guardian & Her Captain. It continues the story of secondary characters Dr. Elizabeth Reid, who is Sophia Jimson’s ex-fiancée, and Josephina Macklin, the city hospital security guard who requested a transfer to get away from her feelings for the doctor.

Elizabeth receives a dinner invitation from a mysterious wealthy contributor to the hospital where she works. Although she is reluctant to attend, her boss insists, as the contributor wants to thank her for saving his son’s life. When she attends the dinner, two strange and alarming things happen: Elizabeth sees Josephina for the first time in three years and a gang of gun-toting men bursts into the premises.

Elizabeth manages to escape the ensuing shooting and hides. As the sound of gunfire surrounds her, she happens upon a seriously injured Josephina. Can the two women survive this tragedy?