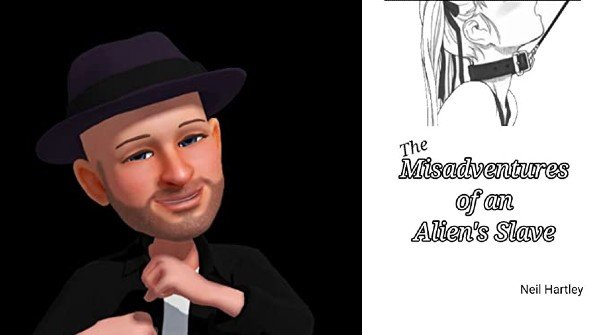 I was Dominar! Tyrannical, near-immortal ruler of over four hundred galaxies. Now I’ve been mind-napped and held captive in an alien prison, forced to do unspeakable acts as a mere slave.

I will not break! I will escape! I will have my revenge!

I write mainly fantasy and sci-fi, mostly, with a dollop of humour (or so I hope).

You can find (some/most) of my e-books here on Amazon, or, at lower cost on my homepage at https://NeilHartleyBooks.com

Coming in, well, maybe 2023, will be the next book in the Necromancer’s Chronicles series – ‘Reckless Travails’. (Although that’s a working title, so may change).

I also hope to be getting out the sequel to the, rather controversial, dark sci-fi: ‘Gloom Rising’. Book two is called ‘Full Gloom’, and has nobody’s favourite detective chasing down a body-hopping spirit whilst trying to avoid a zombie outbreak on the moon.