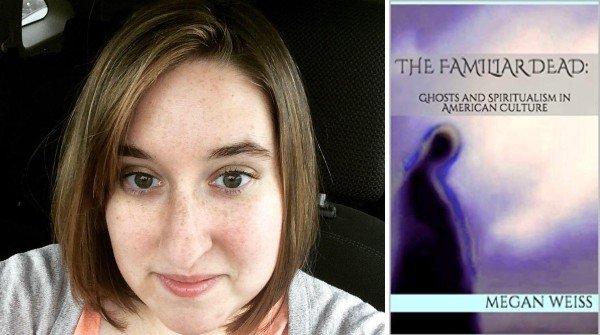 “The Familiar Dead: Spiritualism and Ghosts in American Culture by Megan Weiss is a fascinating read for anyone who has an interest in the supernatural. And, let’s face it who isn’t. The author takes a pragmatic approach to this subject and details some interesting facts about what Spiritualism was and what it hoped to achieve.” – Artisan Book Reviews (full review found at https://artisanbookreviews.com/2020/06/23/the-familiar-dead-spiritualism-and-ghosts-in-american-culture-by-megan-weiss/)

The history of the human belief in the paranormal provides a vital lense for analyzing the evolution of cultures around the world. The current problem in this field of study is the lack of attention paid by scientists, historians, and biblical scholars to the presence and influence of ghosts throughout history. The reality, however, is that every culture across the world believes in some form of the paranormal. In America alone, three out of four people will admit to having at least one paranormal belief. In analyzing the available literature on ghosts and the history of the Spiritualist movement from historians, scientists, psychologists, writers, and anthropologists, this study has discovered that belief in the paranormal tends to align with popular trends or beliefs in culture. Considering the impact that the paranormal has had on mainstream culture over the last 500 years, this research intends to display that ignoring a topic that seems silly at first can in fact be harmful to increasing our understanding of human agency, cultural change, and the capabilities of the human mind and body.