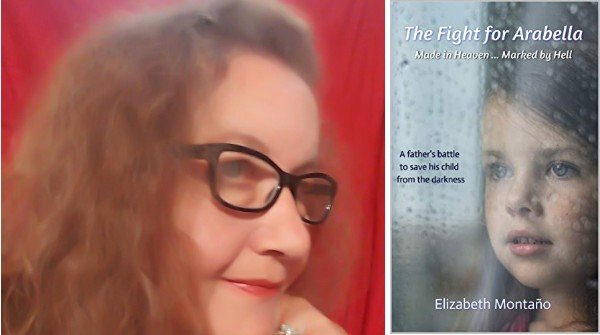 When five-year-old Arabella is possessed, her father will stop at nothing to save her from the darkness. Spellbinding … you won’t want to put it down! A great read for nearly all ages!
*
Eventually, Luke actually did manage to catch a couple of hours of shuteye, but it was far from being peaceful rest. His dreams were troubled by visions of his oldest daughter being used as a conduit by some of the worst Hell had to offer, to destroy faith and ruin lives.
*
He felt a wisp of darkness, the coldness of its tendrils uncoiling, snaking out to tether him to the shadows. Instinct and faith tried to guide him back toward the light, but he couldn’t reach out for its distant rays … couldn’t escape the vacuum sucking at his soul, drawing him into a dark, swirling void. At the other end of a long tunnel, images flashed of what had once been his daughter, now the face of evil, swiping a black, gnarled claw at his eldest son. He had to save Liam, to save them both! Struggling uselessly against the invisible bindings, he cried out in terror.
*
He awoke with a start, surprised to find his screams had only been in the recesses of his mind. No one had heard the anguished cries but him. Sweating profusely and shaking violently from the nightmare, Luke tried to slow his heartbeat and steady his hands. A shudder so fierce his muscles protested, rippled through his body. Unable to dismiss the terrors he’d seen, the horror he’d felt, Luke sat his seat up straight and fought for sanity.