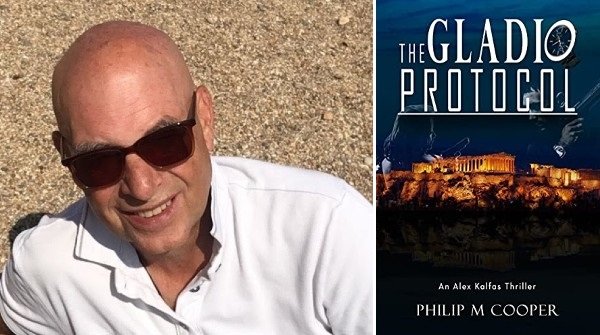 In 1956, a clandestine stay-behind operation code-named Gladio was formed by the CIA, NATO, and other western intelligent agencies, to prevent the far left from taking hold of Europe.

Fifty-four years later, in a hotel suite in Berlin, high government officials of Greece, Germany, and Russia hold a secret meeting to resurrect Gladio and finalize plans for an audacious operation that could bring down the European Union, split NATO, and provoke a war between Greece and Turkey.

On a remote Greek island preparations are being finalized to stage a military coup to coincide with the biggest celebration of the year in Greece.

In northern Greece a unit of a mercenary army led by ex-marine John Dexter, the CEO of Black Hawke,  and hired by Themis Xenakis the Greek Prime Minister, is destroying American oil installations.

It takes the assassination of the Greek finance minister and a run on the euro to ring the alarm bells in the CIA and MI6   that something is about to go down in Greece.

A Russian agent attached to their embassy in Washington and the beautiful Russian deputy finance minister, seduce Laura Foot, a CIA analyst, who realizes what the conspirators are up to, into a honey trap affair.

The heads of government of Greece, Russia, and Germany, plan to jointly announce at the Bilderberg Summit in Athens, that they have joined together in an operation to rape The Aegean Sea for its oil and gas and take it for themselves.

Alex Kalfas, a CIA sleeper, is installed as finance minister, and with his lover, a beautiful Stazi double agent to help him finds himself in a race against time to prevent the governments of Greece, Germany, and Russia from succeeding in their diabolical plans.

However, John Dexter has ideas of his own……

If you love your thrillers to have the right amount of intrigue, espionage, sex, suspense, politics, and action, then this book is for you.