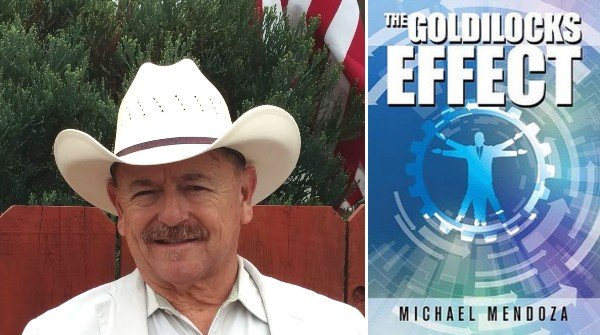 Goldilocks entered the three bears’ home to find the porridge either too hot, too cold, or just right. The Goldilocks Effect refers to the fact that the physical laws that govern the cosmos are just right. The smallest changes could threaten the fabric of existence. A physicist, Eric Carlyle, disappears. Carlyle’s lab assistant enlists the aid of Daniel Filby, a washed-up philosophy professor who is Carlyle’s closest friend, to find the missing scientist. Filby discovers Carlyle has invented a machine for traveling through time and space and wrote the secret to time travel between the lines of Filby’s book, The Goldilocks Effect. A crooked FBI agent and a European thug want Carlyle’s
notes. The European uses the machine to change the past, creating a universe-ending paradox. To solve the mystery of his missing friend and
save the world, Filby must use the device, restore balance to the universe, and find Carlyle.