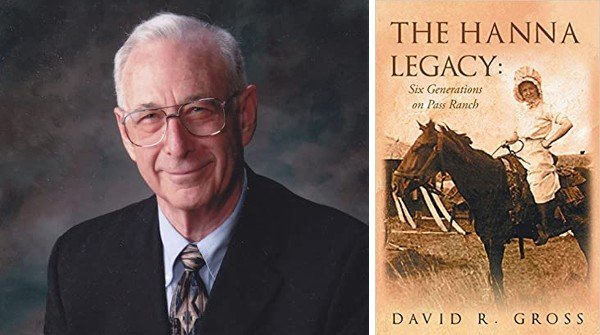 This is a historical novel based on recollections of members of the Hanna family and their collection of family photographs.

This is a historical novel based on recollections of members of the Hanna family and their collection of family photographs. I put my words into the mouths of the characters to tell their story. The novel is, ostensibly, about the lives and experiences of the male members of the family who owned and operated Pass Ranch, for five generations and now the sixth is taking over. However, obvious to any reader, the story is also about the grit, fortitude, determination, and heroism of the women in their lives. Particularly the pioneer women of the late 1800’s and early 1900’s, but also the strength of character of the wives I have known personally. Wynona Severance Hanna (Nona), whose photo is on the cover of the book, is particularly inspirational. She was a tiny, young woman who came to the Sand Hills to homestead her own claim. She was successfully wooed by Don E. Hanna Sr. As his wife she encouraged and supported him, pushing him to significant accomplishments.

Dr. Gross is a Fellow of the Cardiovascular Section of the American Physiological Society. During his academic career he published over ninety papers in refereed scientific journals and over a hundred abstracts in proceedings of scientific meetings. He co-edited three multi-authored textbooks and the third edition of his single author text, ANIMALS MODELS IN CARDIOVASCULAR RESEARCH is in most medical libraries.

Since retirement, Dr. Gross has been busy writing both fiction and non-fiction. He published a self-help study and learn guide; SUCCEEDING AS A STUDENT, a memoir of his first year in veterinary practice; ANIMALS DON’T BLUSH; a historical novel, MAN HUNT; TRAVELS WITH CHARLIZE, a memoir of a year spent traveling the west with a rescue dog after his wife of almost 53 years died of lung cancer; another memoir of the year he and his family spent in Mexico just prior to the 1968 Olympic Games; A MEXICAN ADVENTURE; and recently DEFENDER OF THE TEXAS FRONTIER, a historical novel about John Coffee Hays. His most recent book THE WARRIOR RABBI, is another historical novel based on the life of Samuel Ibn Nagrella, known as Ha Nagid, who lived from 993-1056 and who accomplished great deeds and published poetry and Talmudic commentaries still read today. THE HANNA LEGACY is the story of 5 generations of the same family on Pass Ranch in the Sandhills of north central NE. All books are available as e-books from all major vendors and in print form from your local independent bookstore. He blogs at