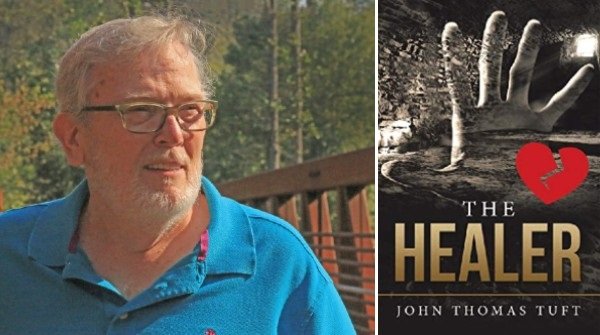 Gideon Waters faces mortal danger when he discovers his blood can cure disease. A ragtag group of Guardians are trying to convince him he holds the key to the future of the human race … and beyond, to other races in other worlds. But anyone who helps him is brutally murdered.
Gideon races to find the woman pregnant with the last hope of humanity, who lies dying in Pittsburgh. Pursued from the Shenandoah Valley to the shores of Lake Erie by those defending the centers of power and faith in this world, Gideon becomes a reluctant warrior in the bloody conflict, as well as the hesitant harbinger of the hopes of all peoples of this world and those beyond.
In a fast moving journey with unexpected twists and revelations, heartbreaking confrontations and losses, Gideon rediscovers love with one of those sworn to give up her life to protect him and confronts the man who caused his deepest pain.
Bertram deH. Atwood says, “John Thomas Tuft is a worthy successor to Frederick Buechner in his characters and style of storytelling.”
Also by John Thomas Tuft: Even the Darkness