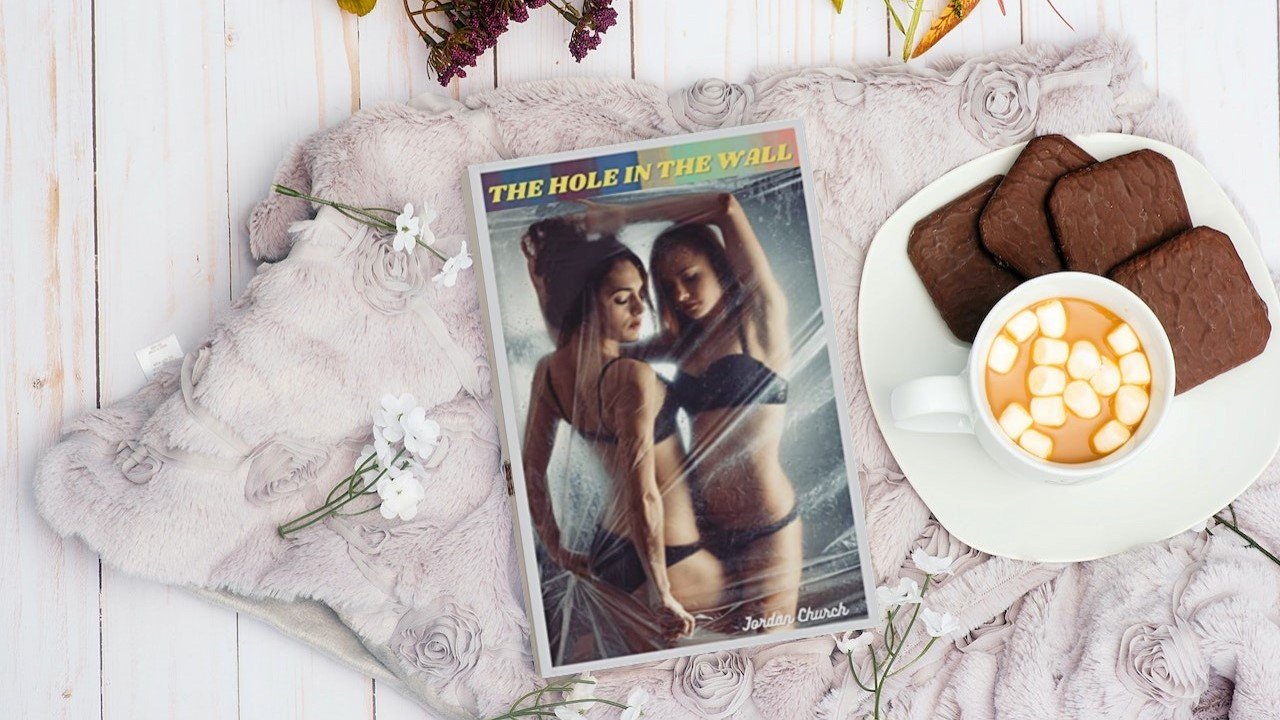 The Hole in the Wall

Best friends Maya and Cora go to a new nightclub for a fun time. But they’re in for a lot more “fun” than they ever thought possible. The nightclub is called The Hole in the Wall and it turns out, inside it, there is an actual hole in the wall. Their strange sexy flirty server, Kammy, takes them into the hole for a sexual adventure they could never have anticipated and are reluctant, at first, to participate in.
Kammy is a dominant lesbian. Maya and Cora are independent straight young women. But Kammy is confident she can make Maya and Cora be the way she wants them to be. And she wants them to be submissive lesbians willing and eager to do anything they are ordered to do.
Strange bondage, weird characters, bizarre statements, and exquisite orgasms await.

About the Author: Jordan Church

I write romance and erotica. Sharing the inner thoughts and emotions of characters is the ultimate voyeurism. I am a big believer in plot and character motivations driving the events and sexual activities. Sex scenes are detailed and graphic.

I have two degrees and am dedicated to providing the highest quality romance and erotica.

Much appreciation for any and all feedback (jordanchurch@mail.com) and customer reviews.

If you’re curious about my chosen name, I can tell you how it came about. I was once an inanimate small Russian Orthodox church in Serafimovich in Volgograd Oblast. I was brought to life during a 3:00AM “witching hour” satanic rite conducted by a small cult that had never done much before and not much since. I am it’s lone claim to fame.

Although I promptly refused the cultist’s demands that I storm through the town leaving a path of destruction (which seemed to surprise and upset them) I knew I would not be welcome in the world of mankind. Who wants a big (even a small church is big) moving church wondering around asking questions and raising even more questions?

I left for the broad open plains in the surrounding areas. I usually stayed still during the day and wondered about at night assuaging my curiosities so as to cause the least alarm among the residents. The cultists did pursue me with great insistence and continued demands for me to be violent. They claimed I owed to to them for utilizing the souls of deceased Nazis from nearby Stalingrad in order to bring me to life.

Despite the politeness of my refusals they eventually, the fourth night, took to throwing Molotov cocktails at me. Ever been set on fire? I’ll share this with you: not fun. I do not recommend it. Having newly mobile drain spouts and gutters and ready access to streams saved my hide. My shingles, too.

This went on night after night and, let me tell you, it got old quick. Then… things got worse. The Angels showed up. The avenging kind. Revenge for what? Well, as they claim, I guess I am some kind of “abomination before God”. I really don’t get that “before God” part. Is it OK to be an abomination behind him?

So, how am I still here to tell you about all this and how can I even type it? I will tell you.

I’m really quite a lucky church even within bouts of bad luck. Just two months before the cultists animated me the priest of my church needed to replace the lightning rod on me. A rusty contraption poorly assembled and a hazard to the churchgoing folk.

A normal average-sized lightning rod could never have absorbed those Avenging Angel lightning bolts. However, my priest was a proud priest and he wanted me to be taller than that other Orthodox Church on the Western edge of Serafimovich. By doggedly yelling at the congregation seven Sunday’s in a row he raised enough money to have the biggest lightning rod in all of Volgograd Oblast installed on me, thus bringing my height up an additional seventeen feet.

So, I mostly absorbed those lightning bolts. Those Avenging Angels were very upset and I did feel bad for them but, hey, what choice, right?

Some lightning bolts did get through when shot from near enough and at certain angles. Hurt bad! Note: Pain is one of the biggest drawbacks to being brought to life. I think we can all agree on that.

One benefit of Avenging Angel’s lightning is poor aim. By accident this led to a sharp decrease in the population of cultists. The downside of Avenging Angels is that they don’t need to sleep and never give up. Don’t get bored. Don’t lose focus. Just keep coming.

I didn’t sleep for like twenty-seven days and the whole time was so painful.

Even my giant lightning rod was beginning to melt….

The end was coming for me. A big conflagration. Then ashes. Then Hell, right? They weren’t going to destroy me and then take me up to Heaven were they? Elitists, that’s what they are!

After twenty-seven days of this unfair lightning bolt abuse I was, by then, in Syria a bit North of the Sea of Galilee. I didn’t know where I was at the time, of course. I plunged into a river to escape or limit the bolts. I was so tired I thought I’d float and just sleep a while even if they were bolting me incessantly. I was that tired!

I even thought if I was lucky I wouldn’t even wake up at all….

I did fall asleep.

I did wake up.

I was on the shore on the West side of the river. I… wasn’t a church any more. I was… a Human? Still not completely sure if I am. Or what happened. Or where the Avenging Angels went. Or if they’re coming back after reloading on lightning bolts.

Humans need names. Why? People always ask. Like, usually right away. Turned out that the river I plunged into was the Jordan River. And, you know, I used to be a church. So, I tell people to call me Jordan Church.

I’m sort of in hiding now, but I’m really not sure if you can hide from Avenging Angels or if I still need to. Cultists would be more of a problem now though. I assume Molotov cocktails feel just terrible on human skin!

I write romance and erotica because, as a human, I now have bills to pay. I used to be a building and now I have to pay to live in one! Oh, how I have fallen.

I chose the subject areas of romance and erotica because they fascinate me. Hey, I’m only human!