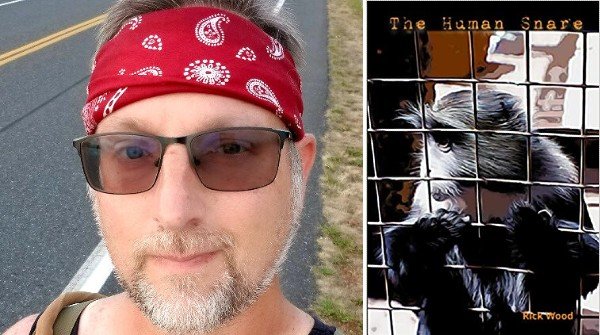 The world is dying. Wildlife photographer Rick Wood finds himself asking difficult questions about critical losses to global biodiversity.Poached to near extinction, African elephants are rapidly vanishing from the savanna. In China, giant pandas struggle to recover from habitat loss and wildlife trafficking.Readers join Rick’s odyssey to find clues in Sichuan Province’s misty hills, with the Maasai of Tanzania, on a crocodile-infested river in Costa Rica, and among herds of bison in Yellowstone. If he can find answers, there could be hope for solutions.Ultimately it’s a race against a tightening human snare with everything hanging in the balance.Extinction looms on the horizon. Is there time to save us all from the human snare? From an editorial review by Jack Magnus for Readers’ Favorite:”The Human Snare is a non-fiction wildlife conservation book written and with art by Rick Wood. Wood is a wildlife photographer and journalist. He’s also filmed documentaries in his efforts to bring the plight of marine mammals and turtles to the public’s attention. When Cecil the lion was slaughtered in 2015, there was an international outcry. Cecil had been safely ensconced in the Hwange National Park in Zimbabwe for 13 years until an American dentist paid $50,000 for a guided hunt which led to Cecil being shot, beheaded, and skinned. Wood wanted to understand how we got to this point, how poaching was leading to the deaths of not only Cecil but a significant portion of the more than 20,000 elephants who die annually. The first stop on his four-year effort to get to the bottom of this issue was Tanzania, where poachers and conservationists are at loggerheads, and the elephants are caught in the crossfire. He soon discovered there were no easy answers. Poverty is widespread in the country, leading some to poach to feed their families and simply survive. “