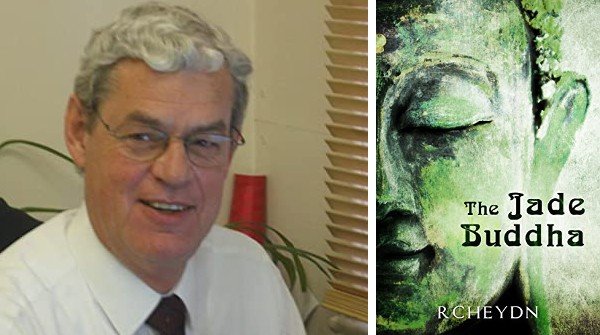 It is Hong Kong in the nineteen eighties. The British Crown Colony is on the verge of reverting to Chinese rule.

It is Hong Kong in the nineteen eighties.
The British Crown Colony is on the verge of reverting to Chinese rule.
Life is hectic but tentative; there are fears for the future.
The governments of Hong Kong and the United Kingdom are doing all they can to calm local nerves while at the same time pressing Beijing’s rulers to the north for assurances that the rule of law will be maintained.
Beneath the surface other forces are at work; criminal forces dating back centuries but still very much alive.
There is a triad war, a war where the winner will amass great power.
Some triad gangs are opportunistic small time pimps and extortionists.
Others are extremely well organised and control exceptionally high-value narcotics and other illicit business interests.
And they are notoriously brutal to their enemies.
The agencies of law enforcement are involved not just in Hong Kong but across the globe.
So too is Simon Garrett; unintentionally but intimately involved.
Where not only his life is at stake but others who are dear to him.
Their futures are being controlled by a shadowy gangster who will stop at nothing to get what he wants; a green jade Buddha of immense symbolic power.
The Shī fu.

My name is Ross Clarke. rc heydn is my pen name. I worked as a journalist for newspapers and magazines throughout Europe, Australia and the Far East for a decade before switching to public relations. For the next thirty years I was a senior PRO in the United Kingdom, Australia and, for almost 20 of those years, in Hong Kong. Then I established my own hub communications agency in London where I live. I am now retired and writing is a pleasurable hobby. I do not confine myself to a single genre of writing. My interests include political thrillers, crime, young fantasy and humour (though some might question that!) My first book was Keepers of The Deep – a story especially written for young people; a fantasy land and tale of wonder and friendship. The Feathers is a crime story set in London. It is written around a serial killer and the police officer tracking him down – with interference from a quizzical newspaper reporter. The Good Read Wipe was my first attempt at a humorous book. Fred Nurk’s idea is pure fiction, perhaps fantasy. But maybe someone should actually try it.

My next novel was The Jade Buddha. This is another crime story which starts in Hong Kong but moves to London and Amsterdam. My latest faction novel, historical fiction, is The Catskinner – set amid actual events in Hong Kong in the 1980s when the colony was bracing itself for the handover to China near the end of the century. The RCHEYDN Crime Omnibus includes The Jade Buddha, The Feathers and The Catskinner – just in case anyone wants all three at a knock-down price. My penultimate book is The Land Of The Kokeshi, The adventures of Nikko Book 2, which is a follow up to Keepers Of The Deep.

ROADKILL is the second Zac Tighe murder mystery. This time he is even closer to the killer than he thought possible. I have also combined the three Fred Nurk books into The Fred Nurk Trilogy. Murder By Chapter was my next book. An original where each chapter is penned by ordinary people around the country, so the story evolves according to individual whims. A novel for young readers aged 7-12yrs The Quizzical Quest of Roger and Dribbles followed. Keepers of The Deep and The Land of The Kokeshi were republished as a single eBook and Paperback titled The Adventures of Nikko: Books 1 and 2. My next will be The Big Ben Murders, the third in the Zac Tighe thriller series.