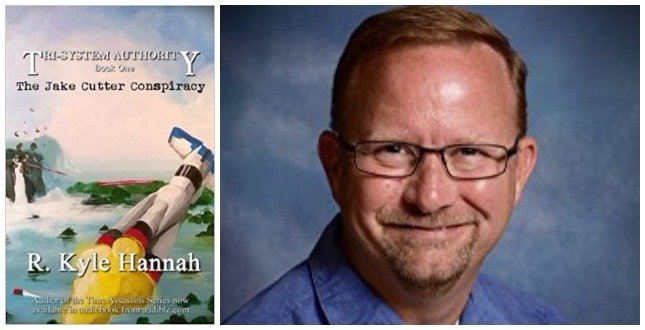 Cla’nix Prison is where the worst of the worst are sent to disappear. A place to remove the undesirables from society. No one has ever returned from Cla’nix. Freighter Captain Jake Cutter is sentenced for a crime he did not commit and arrives at the prison beaten and bloody. Tormented by his captors and haunted by the memories of his former life, he learns the hard way that prison life can be deadly. As his life spins out of control he is offered a choice: a quick death, or a long, hard battle for survival. Finding friends in the prison, and aided by a mysterious benefactor, Jake’s decision brings loss and hardship. A gruesome trail through the lawless underworld of the TSA leads him to the hidden fortress of a criminal empire, and to a showdown in the highest levels of government. With his allies scattered and TSA forces closing in, Jake confronts the mastermind behind the plot to destroy his life. Can Jake clear his name, or will he succumb to the might of the Tri-System Authority?
Available on Amazon

With a face for radio and a voice for silent movies, writing was his only recourse.

Award Winning Author R. Kyle Hannah is a self-professed geek and lover of all things sci-fi. He began writing in high school as an outlet for an overactive imagination. Those humble beginnings, combined with real life experiences from a 29-year career in the Army, have spawned a half-dozen full-length adventures and a handful of short stories.

“Reminiscent of Arthur C. Clark” is how Writer’s Digest describes his first novel, To Aid and Protect.

His TIME ASSASSINS Trilogy (Time Assassins, Assassin’s Gambit, & Assassin’s End) has met great praise from authors and readers alike. The series is a time travel adventure that chronicles futuristic assassins who travel back in time and rewrite alternate timelines into our history. The trilogy features a Pinnacle Book Achievement Award Winner and an amazon Best Seller.

The first book in his next trilogy (The Jake Cutter Conspiracy) was released in April 2018.

Kyle has several other projects in the works, including Harvest Day, The Coven, Atlantis Falling, and a screenplay adaptation of his first novel, To Aid and Protect.

He is married, with two children, and lives in the suburbs of Birmingham, Alabama.

He has many convention appearances scheduled throughout the year. You can find his schedule on his website: www.rkylehannah.com.