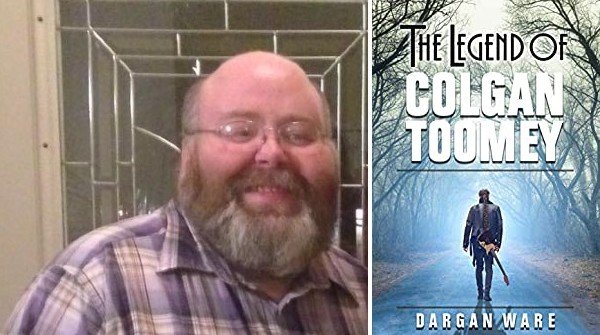 The Legend of Colgan Toomey

A hometown legend cut down in his prime.

Colgan Toomey was a hometown legend in Kellyville, Alabama. He had been a precocious child who’d delighted, amazed, and often bewildered everyone he met. He grew into the town’s biggest, and perhaps only, star: a football recruit that attracted every coach from there to Canada, an Eagle Scout, and eventually a medical student at the University of Texas. When the town heard that he’d been killed by Salvadoran rebels while volunteering on a Doctors Without Borders mission in Central America, everyone for miles around stopped to mourn.

What exactly happened to Colgan Toomey?

Colgan’s death was impossible to understand – tragic, mysterious, and slightly exotic. He died a hero, though, with a massive funeral in the town’s football stadium, and a monument in Kellyville’s only graveyard even though his body was never found. No one, least of all his best friend P.J. Campbell, had any clue of the truth behind the Legend of Colgan Toomey. It is a legend of many facets, all of which look different from every angle. Look inside to see it for yourself.

I very much enjoyed this book, and its cast of characters, from Dargan Ware. Colgan Toomey is almost a Platonic ideal of what humanity should be - intellectually, physically, and morally - and I enjoyed seeing seeing his life develop from childhood on, as narrated by a rotating cast of characters, none of whom, strangely, bore any ill will toward this child, and man, who made them all look inferior by comparison. I can't say that I agree with the previous reviewer's evocation of Forrest Gump as a similar character to Colgan, though. I am speaking more of the movie than Winston Groom's book, which I read so long ago that its differences from the movie fade in memory thanks to subsequent re-watchings of the film. Forrest was, not to put too fine a point on it, mentally damaged, and he wandered mostly happily through his life, never with any real purpose (except maybe Jenny), yet he always seemed to find himself beside those society considers great, also accidentally starting a business along the way which made him a gozillionaire. Colgan's life, while it does intersect with the famous and infamous, named and not, has infinitely more purpose, intentionally and explicitly so, than Forrest's apolitical meander through 40ish years of history, and for that, I loved the character. His Christianity, nurtured in Mississippi, is the real thing, not the MAGA variety of nominally pro-life, but ardently pro-war southern "Christians" who love America but hate Americans, and whose concern for life ends at birth. I must say I also loved Mr. Ware's unabashed liberalism, calling out the US war machine in particular for its "School for Dictators" (Google the article in Newsweek on the School of the Americas) at Fort Benning, among other swipes at the hypocritical warmongers of the right, though he doesn't really hit you over the head with an explicit liberal message. Rather, he just lays out American geopolitical history from a certain time frame as subtext for a truly heroic character to live in and through, and in which to die once or twice...maybe.

Dargan Ware is a poet, novelist, and consumer protection attorney who lives in Birmingham, Alabama. Before going to law school, he was an over-the-road truck driver, among a myriad of other jobs. A friend once described him as a “high-functioning drifter” and he has yet to come up with a better description. He is the author of The Legend of Colgan Toomey, a book about small-town Alabama, and Texas music, and the Salvadoran Civil War, and well, loads of other stuff, but mostly about how we never really know anyone. I want to thank anyone who is interested in my work! Please feel free to find on Twitter (@manerware), Facebook (only Dargan Ware in the world) or shoot me an email at authordarganware@gmail.com

What exactly happened to Colgan Toomey?

Dear Reader, author’s recently published book “The Legend of Colgan Toomey” is now available on leading bookstores, get your copy now and help the author by writing a review of the book.
Available on Amazon