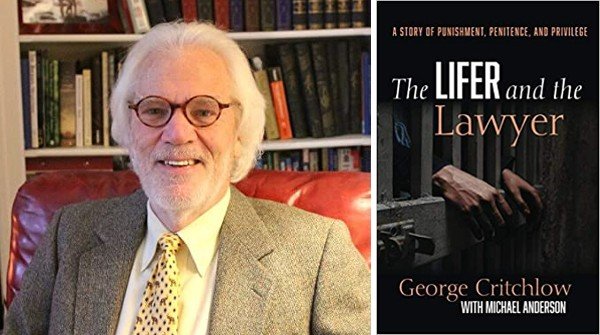 ***The  Lifer and the Lawyer was a finalist and ultimate Non-Fiction Runner-Up in the 2021 Maxy Awards book competition.
It is true that some people are very damaged. It is not true that they are all unsalvageable. The Lifer and the Lawyer raises questions about childhood trauma, religion, race, the purpose of punishment, and a criminal justice system that requires harmless old men to die in prison. It is a true story about Michael Anderson, an aging African American man who grew up poor and neglected on Chicago’s south side and became a violent and predatory criminal. Anderson has now spent the last forty-three years in prison as a result of a 1978 crime spree that took place in southeastern Washington. The book describes his spiritual and moral transformation in prison and challenges society’s assumption that he was an irredeemable monster. It also tells the story of the author’s evolving relationship with Anderson that began in 1979 when Critchlow, a young white lawyer from a privileged background, was appointed to defend Anderson on multiple violent felony charges. For Anderson, this is a story about overcoming childhood trauma and learning how to empathize and love through faith and self-knowledge. For Critchlow, the story also raises questions about how we become who we are–about race, culture, and opportunity. Finally, the book is a revealing commentary on our criminal justice system’s obsession with life sentences.