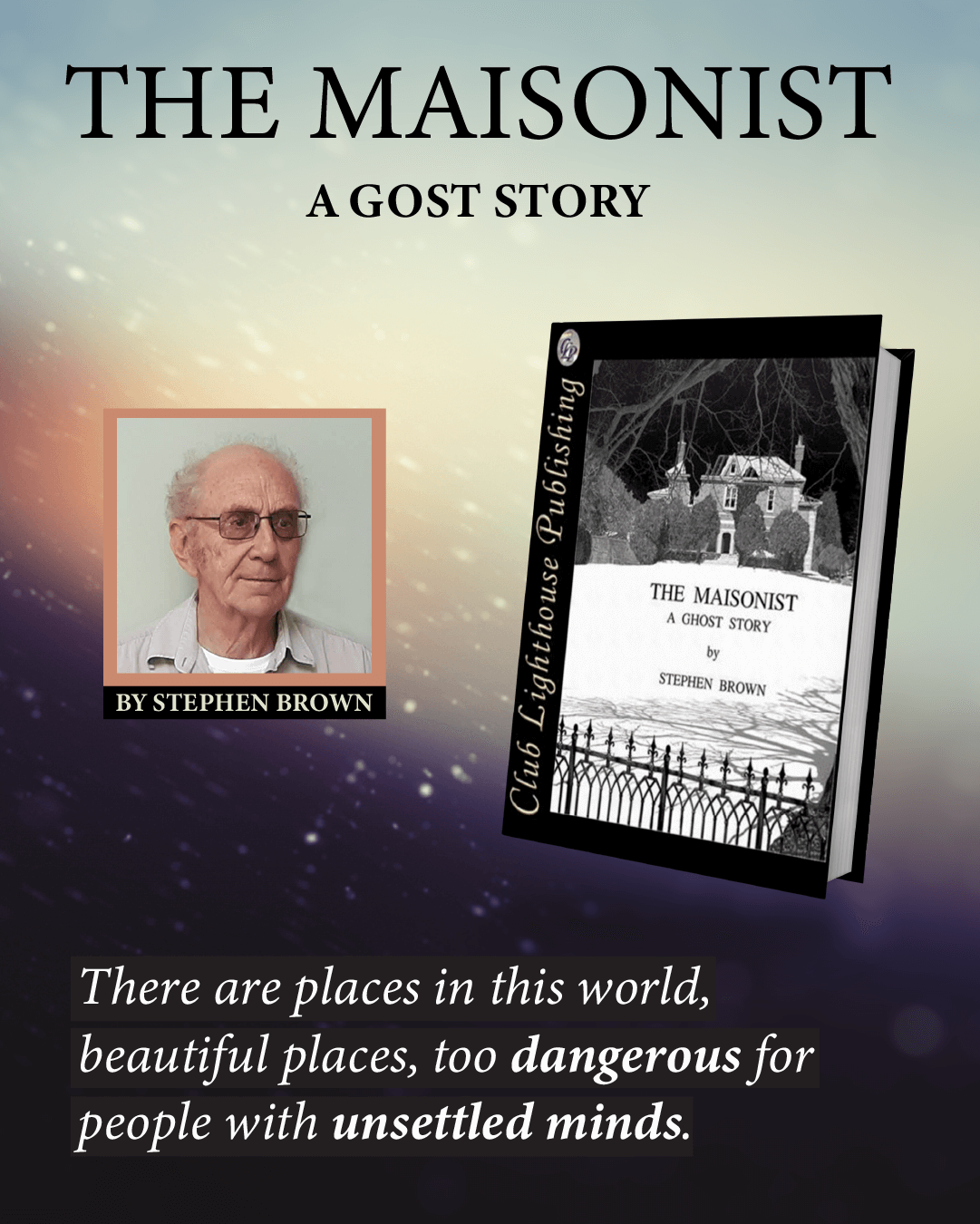 Jon Jameson needs a refuge and believes that he has found one.

There are places in this world, beautiful places, too dangerous for people with unsettled minds. Jon Jameson needs a refuge and believes that he has found one. He’s bought a cottage, a retreat nestled in the woods where he feels safe and where he can rest. It lies at the bottom of an immense garden, an extension of the mansion to the north. Jon has visited the mansion, wandered the garden paths, watched the skaters on the pond and spent hours with the young woman he met there. He would be in Heaven, except that the mansion is a ruin, the garden hasn’t existed for decades and the woman he’s fallen in love with was murdered a century ago.

About the Author: Stephen Brown

Stephen Brown is a Canadian novelist who specializes in Hard Science Fiction. His definition of that category changes with his mood. Stephen’s first novel, “After the Polothians”, took thirty years from conception to publication, but he has since reduced the development time with the goal of producing a handful of books before expiring. Stephen was born in England but spent most of his life in Canada. He graduated with a BSc in physics from McMaster University in 1975 and worked in industry until he moved to York University where he worked as an instrumentation specialist. While there he obtained a MSc in space science. Stephen is retired and lives in Prince Edward County, Ontario.