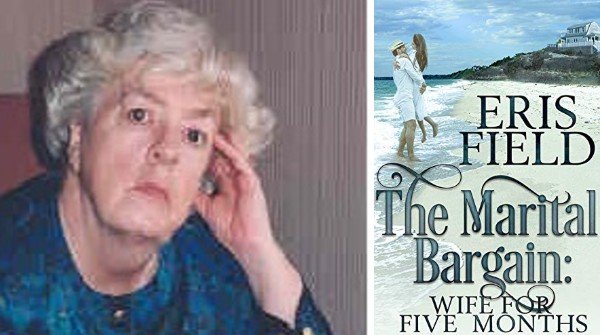 For Laury, growing up on American Naval Bases in the Middle East resulted in a fluency in languages and a wariness of men. Now, after completing a psychiatric nurse practitioner program, she faces a mountain of student loans. While waiting to learn if she’s been accepted for her dream job, she works as a private duty nurse caring for Roberta, an elderly matriarch living alone in a 30-room mansion on Billionaires’ Row. Roberta’s granddaughter had agreed to stay with her while she recovered from eye surgery, but she has disappeared along with Roberta’s money and credit cards.

Damon, Roberta’s grandson who is volunteering with Doctors Without Borders, requests emergency leave to fly home from Iraq. After his wife divorced him, Damon had vowed never to marry again, but with only days to find a way to safeguard his grandmother, he offers Laury a bargain—a five-month marriage. She will protect Roberta while he returns to perform reconstructive surgery for child refugees and he will pay off her student loans. What could go wrong?

Readers who like novels with characters who must find strengths within themselves to overcome their difficulties will enjoy this story. They’ll learn different cultures’ approaches to families, marriages, and finances, about the Kurds who fought beside Americans in Iraq, about refugees, and about abuse. They will also learn about the power of love.