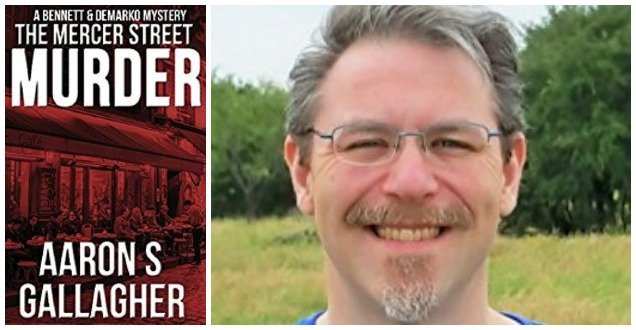 It’s been a long year for Harry Demarko and his partner
Toni bennett. A serial killer, a sex trafficking ring, and
a burgeoning personal relationship have kept them busy
and the pace shows no signs of slowing down.

A priest is dead in a drive-by shooting and the police think
he was an innocent bystander. His daughter isn’t convinced
and hires Harry and Toni to investigate. The trail leads them
from the morgue to the church to the mob- and the deeper they
dig the murkier the trail becomes.

Malik Dahli, a friend, is having family problems. His nephew
is in trouble and he refuses to tell his uncle the truth.
Afraid of the police and alone in a strange country, he thinks
no one can help and he has nowhere to turn. He’s wrong
on both counts.

And it’s only Tuesday.
Available on Amazon

His writing career began at a young age after he annexed an old mechanical typewriter from his mother. His work has appeared in Analog Science Fiction & Fact, Ares Magazine, and Escape Pod . He has received both a semi-finalist and honorable mention in the L. Ron Hubbard Writers of the Future contest. In between haranguing magazine editor he also wrote 17 books and refuses to stop.

His genres include crime fiction, science fiction, and drama. He prefers to read deep stories populated with characters that develop and breathe on their own, and endeavors to write the same. His goal is to create new worlds, compelling characters, and to bring something unique into the world experienced.

All of his work is available on Amazon.