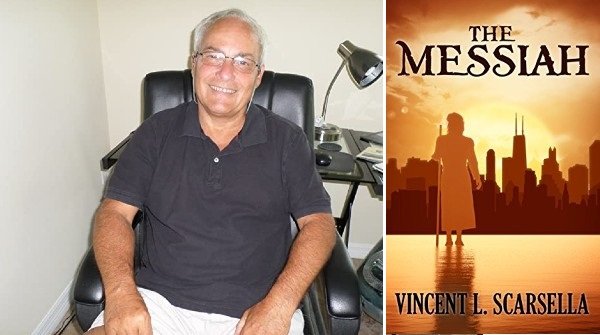 “If you’d come today you could have reached the whole nation, Israel in 4 BC had no mass communication…”

What if a Jesus-like preacher came today? Would his message of peace and love be heard by the masses? Would they reject their beliefs and adopt those he espouses calling them to do and think things that improve the lives of their fellow man, enhance the survival of the human species and bring humanity closer to a comprehension of God? Would they seek to overthrow the ruling elite and establish the Kingdom of God on Earth?

“The Messiah” chronicles the meteoric rise of such a Jesus-like preacher, one Cristos Pantera, a direct descendant of Jesus Christ, whose revolutionary message threatens the Supremacy, the elite of bankers, corporations, priests, and politicians that for centuries has secretly ruled the world. But as Pantera’s fame and influence grows to frightful proportions, the Supremacy decides to do to him what they have done to other messiahs who threatened their rule – crucify him.

In a thrilling climax, one wonders if they have succeeded, or will he rise from the dead?

★★★★★ A Must Read – The Messiah is one of those books that you can’t put down once you pick it up. The message contained in this book is quite thought provoking. It is definitely a must read. – Linda M.

★★★★★ Thought provoking – I found “The Messiah ” a thoughtful, intriguing, original take on the theme of the second coming. Looking forward to more from Scarsella. – Sefaloo