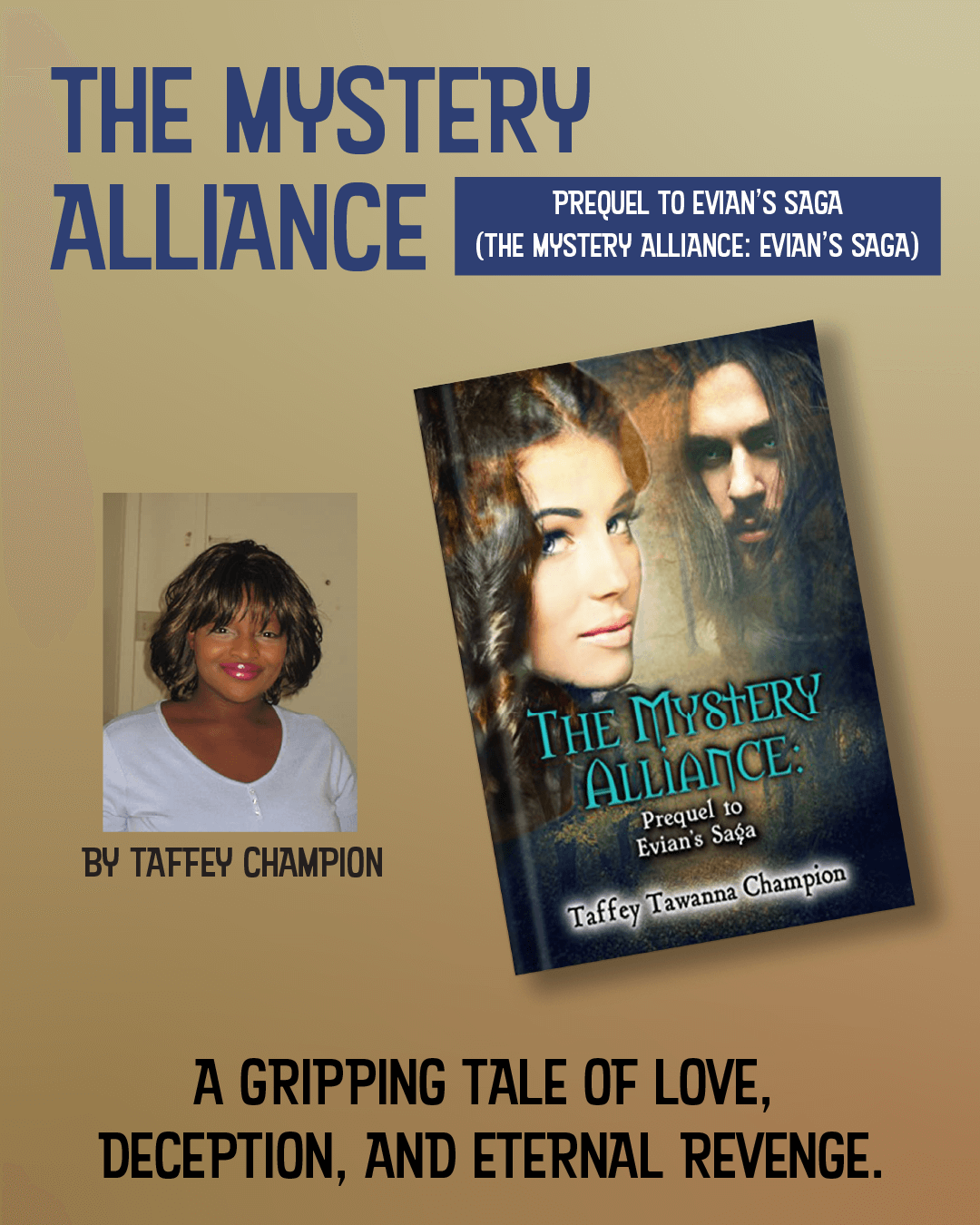 Before the captivating Evian Magi enters the picture and becomes a key member of The Mystery Alliance, Myth Vaga was a critical ally within their intriguing fold. He once lived among The Mystery Alliance in London, England. Yet, a serendipitous meeting and an ensuing romantic involvement with a bewitching beauty becomes the instrumental catalyst for his not surprising, but climactic betrayal.

About the Author: Taffey Champion

Taffey Tawanna Champion is a small-town girl who was born and raised in Greensboro, GA. She was educated at GTCHS in Greensboro, GA, where she graduated with honors through the Beta Club society, and with a high cumulative GPA. She was further educated at Elon College which eventually became Elon University. This is the university where she obtained a Bachelor of Arts degree in Psychology. She excelled in writing as a young child; even earned merits and won awards for her writing ability, including a “Passport to Excellence Award” plaque for Best Essay. Reading and writing also were Taffey’s first loves before drama and music, which of course, came after.

Before, during, and after college, Taffey became a world traveler, even electing to live in London, England for one semester whilst studying at Elon University. She traveled several times to Paris, France at this time. Taffey also met and encountered celebrities in London, England which served to make her experiences even more special. Added to her world traveler status, she lived in South Korea for a short interval. This experience, including her fascination with various Kung-Fu techniques and martial arts films aided in her ability to create The Mystery Arts in The Mystery Alliance: Evian’s Saga.

Taffey also worked in Marina, CA as an Americorps VISTA for MCHOME (a division of Interim, Inc.) under the Coalition of Homeless Services Providers. During this time, she became acquainted with the various artists of Breakthrough H’ART (a program synonymous with MCHOME) and also with noted Austrian Artist/Painter, Hans Kindel. It was here, under the tutelage of Hans Kindel, and the late Bill Donnelly, that she discovered her talent for Abstract/Impressionistic Art.