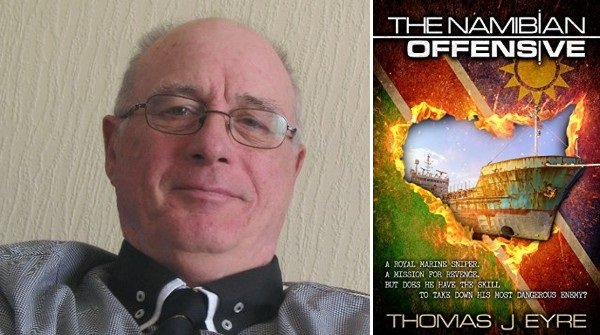 A wounded sniper. A mission for revenge. But does he have the skill to take down his most dangerous enemy?

Leicester, UK. Royal Marine deserter Paddy Regan swears vengeance against the Russian Mafia. Enraged by his parents’ savage murders, Regan organizes a rule-breaking rampage to shut down the cruel organization, even if he has to resort to torture. So when the gangsters attempt to rob and kill innocents at an amusement arcade, he seizes the chance to execute every last one…

But with news of his estranged fiancée’s kidnapping by Namibian rebels, Regan and his team must shift their sights on her rescue by infiltrating a terrorist base. As the onslaught of bloody violence in sex trafficking, blackmail and murder escalates, Regan’s forced to deploy his heavy weaponry to end the enemy’s brutal exploits.

Will Regan and his team perish in a hail of bullets before he can claim another Russian scalp?

Buy The Namibian Offensive to aim the crosshairs at the terrorists today!