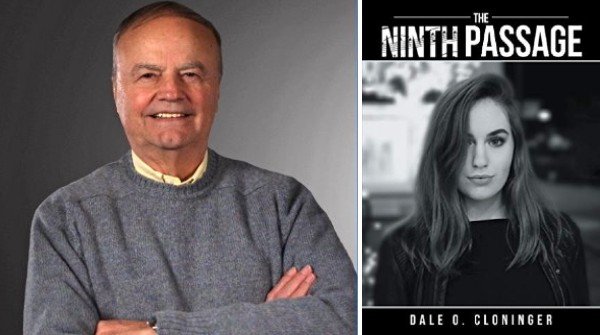 Alec Driver, a WWII veteran, uses the GI bill to earn an advanced degree in music from a prestigious university. At age thirty-seven, with glowing recommendations in hand, he secures the post of choir teacher at a small town high school on Florida’s west coast. Soon after assuming his duties he falls in love with Tracy Ashbury a bright, talented and attractive student in his choir. Community outrage aroused by his courtship culminates in a resentful and belligerent student goading Alec into striking him. Influential citizens rescue Alec from potential dismissal. His subsequent marriage to Tracy and national recognition for the choir’s mastery vindicates Alec’s supporters or so it seems . . .

The Ninth Passage, a novel by Dale O. Cloninger, is based on actual events, but is a work of fiction. Set in the area of Clearwater, Florida, the author provides beautiful and vivid images of the area. The book is about a most unusual man and his relationship with a young woman. Thirty-seven year old Alec Driver might have been considered eccentric. After all, he mostly walked and hitchhiked to Clearwater from Rhode Island to begin his new position. It was there that he met seventeen year old Tracy Ashbury with whom he became totally infatuated with. This sort of thing simply didn't happen in their community. What it led to was a surprise to all that knew them. Because they are so well drawn, readers get to know Alec and Tracy quite well and they are interesting people. There are commonalities and shared interests between them, but their differences end up mattering more. They are complex characters in that they are deep thinkers who think they know what they want. Their story is engrossing and those who knew them were not likely to forget them. I found this to be a well written story and well worth reading. Highly recommended.

Alec Driver, a WWII veteran, uses the GI bill to earn an advanced degree in music from a prestigious university.

Dear Reader, author’s recently published book “THE NINTH PASSAGE” is now available on leading bookstores, get your copy now and help the author by writing a review of the book.
Available on Amazon