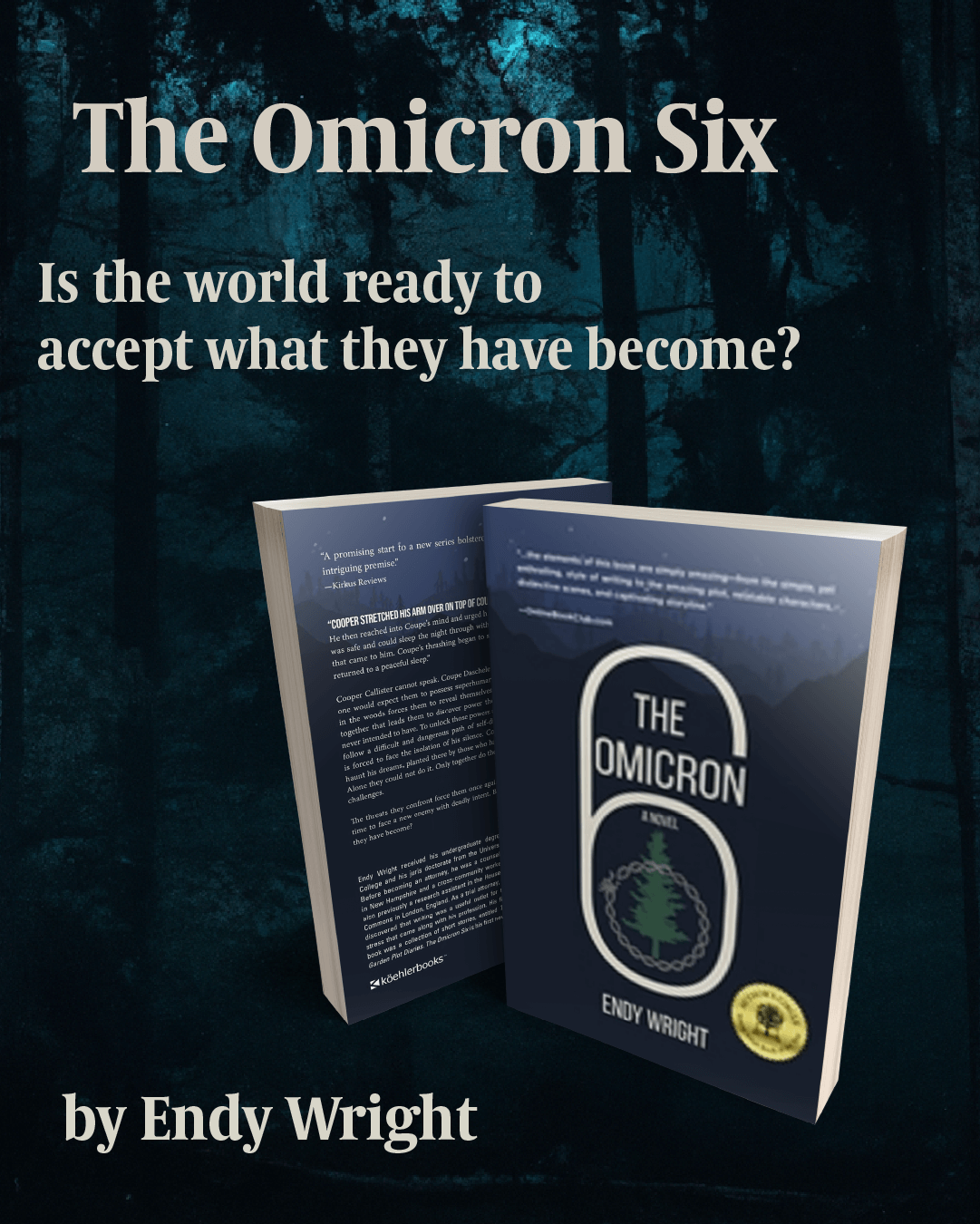 Cooper stretched his arm over on top of Coupe to quiet him and hold him down.

“Cooper stretched his arm over on top of Coupe to quiet him and hold him down. He then reached into Coupe’s mind and urged him to sleep, told him to sleep, that he was safe and could sleep the night through without worrying about those . . . things that came to him. Coupe’s thrashing began to subside. He did not scream at all. He returned to a peaceful sleep.”

Cooper Callister cannot speak. Coupe Daschelete is the victim of horrible abuse. No one would expect them to possess superhuman powers. But they do. When a fight in the woods forces them to reveal themselves to each other, they start a journey together that leads them to discover power they never expected, power they were never intended to have. To unlock those powers and fully understand them, they must follow a difficult and dangerous path of self-discovery and self-revelation. Cooper is forced to face the isolation of his silence. Coupe must confront the demons that haunt his dreams, planted there by those who have abused him and broken his mind. Alone they could not do it. Only together do they have the strength to conquer their challenges.

The threats they confront force them once again to evolve into something new, this time to face a new enemy with deadly intent. But is the world ready to accept what they have become?

About the Author: Endy Wright

Endy Wright received his undergraduate degree in English literature from Grinnell College and his juris doctorate from the University of New Hampshire School of Law. Before becoming an attorney, he was a counselor for at-risk children in New Hampshire, and, a cross-community worker in Belfast, Northern Ireland. He was also previously a research assistant in the House of Commons in London, England. As a trial attorney, he discovered that writing was a useful outlet for the stress that came along with his profession. His first book was a collection of short stories, entitled The Garden Plot Diaries. The Omicron Six is his first novel.