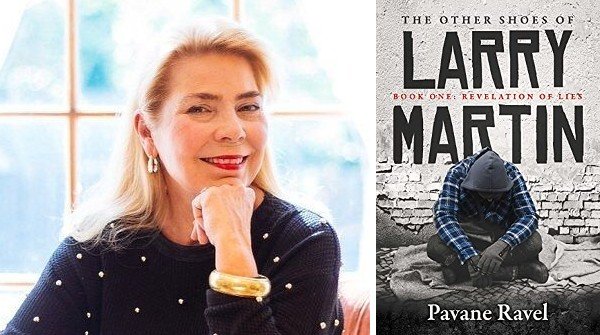 The Other Shoes of Larry Martin

Book One: Revelation of Lies

“The Other Shoes of Larry Martin” is a story of transformation; a story of emotional, physical and metaphysical growth achieved by a remarkable young journalist, Larry Martin. Larry Martin is a young man – the only child of an abusive father – who was unwittingly indoctrinated into the belief system of the Alt-Right. Larry begins his journalism career writing for a right-wing website. After disaster strikes and he becomes homeless and unemployed, he finds the way forward to a prosperous, ethical, and enlightened future by profoundly changing all that he was.

During Larry’s turbulent fight for survival, he arrives at the conclusion that he must undergo drastic transformation in order to find peace and personal success. He resolves to make significant changes and become a completely different person.

Larry’s story consists of hard times, revelation, growth, and transformation. There is sadness and joy. Discipline and discovery. Trauma and recovery.

Emerging author Pavane Ravel tells a gripping and unforgettable story that reminds us of the gravity of each decision we make in life. This is a story of self-examination and growth, and it’s relevant for readers of all beliefs and backgrounds.

About the Author: Pavane Ravel

Pavane Ravel is a passionate writer and the author of her introductory novel series, “The Other Shoes of Larry Martin” with book one released titled “Revelation of Lies” and is available for purchase on her official website, Amazon Books, Amazon Kindle, Barnes & Noble, and on many fine online book stores.

Ravel has always wanted to be a full-time writer and finally has reached the point in life where that dream is a reality. She traveled extensively over the years and has seen nearly the entire United States, much of Canada and Europe, along with some of Central America. Pavane also studied both political science and journalism in universities both stateside and in Europe.

Pavane is happily married with children, she enjoys discussing economics after working as a commodities broker. She and her family reside in New York as she spends her time concentrating on both family and her writing.

For Pavane, this book was an important story to tell, as Larry Martin is such a complex and fascinating character. Pavane enjoys humor and loves to engage and connect with readers.