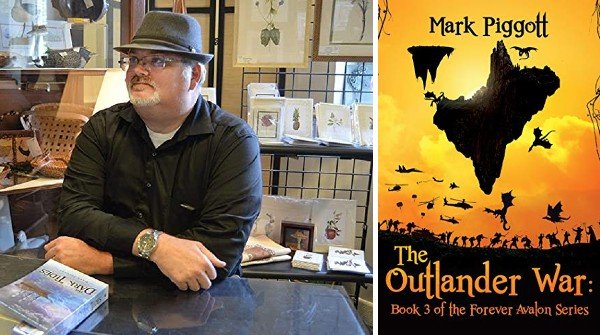 It is an island frozen in time and space. For more than 3,000 years, the island of Avalon remained hidden from the outside world; a place of eternal magic, where the descendants of King Arthur ruled over a land filled with magical creatures, Elves, Dwarves and dragons. The island was only accessible through a rift in the Bermuda Triangle, where mariners and aviators disappeared throughout history. No one believed Avalon was anything but a myth.

In the middle of the Atlantic Ocean, in the heart of a naval exercise, Avalon suddenly reappeared, causing disruptions on both fronts. The US Navy, now circling the mysterious island, wants answers. On Avalon, they fear Outlanders would intrude on their home; and caught in the middle of it all is Lord Bryan MoonDrake, the Gil-Gamesh of Avalon, Knight Eternal and champion of the magical realm.

The Gil-Gamesh was once a US Navy sailor, lost at sea in a freak storm, who found his way to Avalon. After his family followed him to the island, they decided to stay and make this their home. Now they are torn between loyalty to their new home and compassion for their old one.

The tensions build as modern technology faces off against ancient magic on an island where the laws of magic supersede the laws of science, causing mechanical weapons to falter and shut down. As military forces continue to surround the mysterious island, bringing both sides to the brink of war, an ancient evil arises from within, one that has been seeking the throne of New Camelot for three millennia.