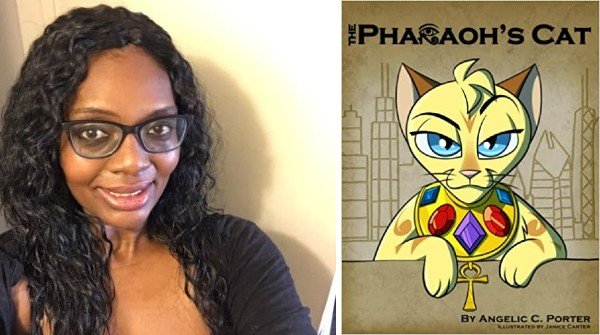 Over two thousand years ago, Ancient Egypt was the home of legendary Warrior-Kitty, Apollo. Serving as the loyal protector of the spirit world and as a companion to his royal human family, Apollo lived the life of a gilded champion. But when a great war breaks out between Upper and Lower Egypt, Apollo is accidentally transported to modern-day Chicago.
There, he meets a street-smart calico, Tai, and is taken in by a new human family. As otherworldly creatures threaten to drag him back to his ancient time for punishment, Apollo and Tai must figure out how to defeat the darkness and protect the ones they love. Apollo soon realizes the hard truth that he must choose between his new family and the one in Ancient Egypt he has sworn to protect.