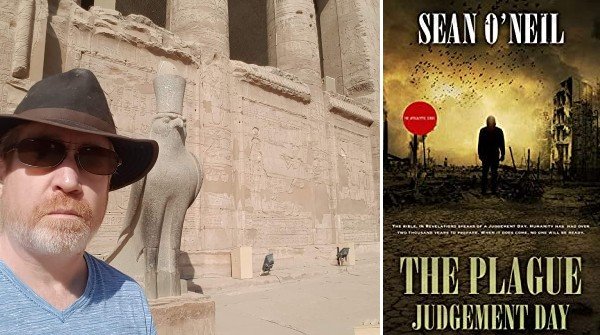 Anyone who has ever attended church, Sunday school or frankly watched any late night 1970’s horror film has heard of the Judgement Day.

The concept has been used for a very long time to instill fear into people, either through a fiery sermon on a Sunday morning in church or in a 3:00 am TV movie. What if it was real, what if Revelation wasn’t just a Vatican fairy tale but a real prophecy given to us by a greater intelligence. OK take away the four horsemen and the brimstone but keep the end of days and the concept of humanity as a whole being judge. Welcome to The Plague, Judgement Day.

Well, such is the situation for Mike Polson, a middle age family man, who finds himself in a weird situation when he starts having strange and violent dreams. As a result, he ends up in a strange clinic in a dark part of town when the real Judgement Day erupts.

After being trapped in the clinic for the better part of two weeks, a group of those trapped, led by a former Special Ops unit commander, finally breakout only to find themselves in Dante’s Inferno outside the doors of the clinic.

So, what do you do? Find your family in hopes that they may have survived, or stick with the group, the best chance for your own survival. Welcome to Mike Polson’s, and the world’s dilemma.

This is book 1 of the Apocalyptic Series