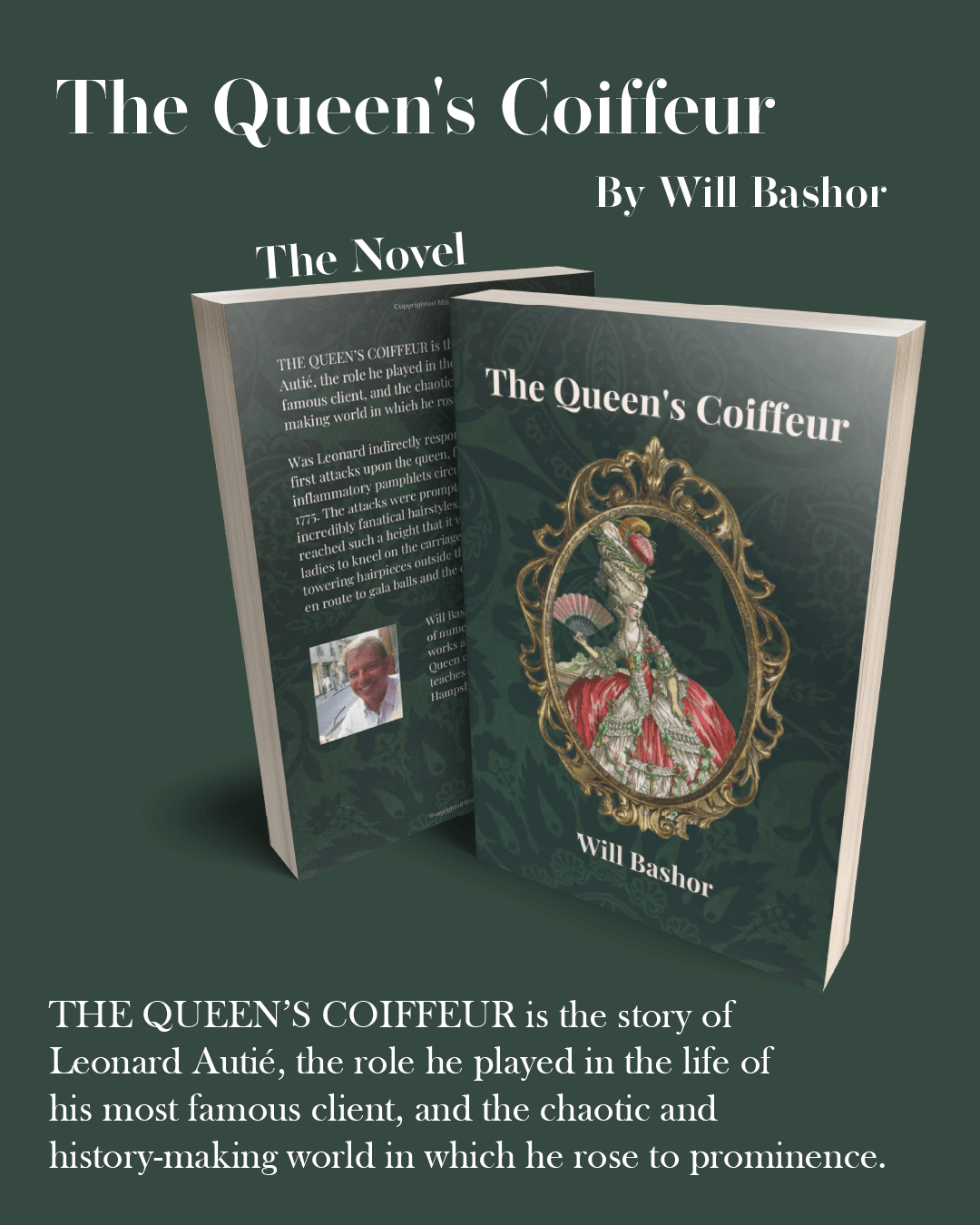 by – Will Bashor (Author)

THE QUEEN’S COIFFEUR is the story of Leonard Autié, the role he played in the life of his most famous client, and the chaotic and history-making world in which he rose to prominence.

Was Leonard indirectly responsible for the very first attacks upon the queen, found in inflammatory pamphlets circulating as early as 1775. The attacks were prompted by Leonard’s incredibly fanatical hairstyles, concoctions that reached such a height that it was necessary for ladies to kneel on the carriage floor–or hold the towering hairpieces outside the coach windows en route to gala balls and the opera

About the Author: Will Bashor

Will Bashor, MBA, Ph.D., also has a B.A. degree in French and an M.A. degree in French literature from Ohio University. He earned his Ph.D. in International Studies from the American Graduate School in Paris where he gathered letters, newspapers, journals, and plays during his research for his trilogy on Marie Antoinette. Professor at Franklin University and Southern New Hampshire University, he is also a member of the Society for French Historical Studies. In 2013 he attended its annual meeting at Harvard University where he presented the political importance of the role of Leonard Autié, Marie Antoinette’s coiffeur, in the royal family’s unsuccessful flight to Varennes. Visit him at www.willbashor.com