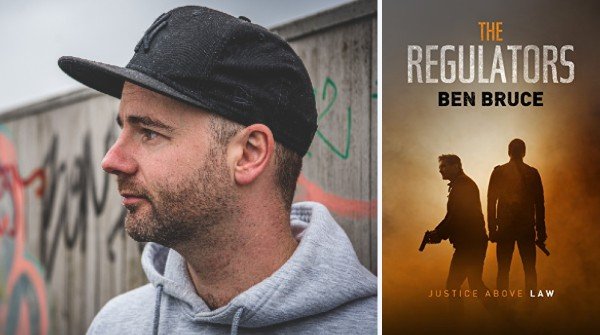 The thrills of 24, the swagger of Reacher and the smarts of Spooks.

There’s a mercenary on the streets of London, protected by a gangland boss and bankrolled by members of the government, all of whom are embroiled in a plot to subvert democracy that puts thousands of lives at risk.

This is the thrilling debut novel by Ben Bruce, an explosive, fast paced thriller that opens up the world of The Regulators Jack Quinn and Adam Morgan, as they work with tenacious NCA officer Thea Watts to stop the plot, before it’s too late.