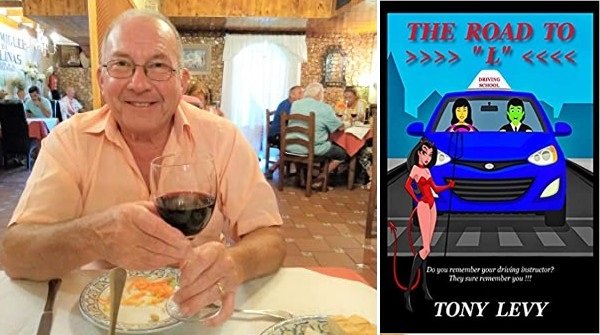 The Road to ‘L’ Do you remember your driving instructor? Well, they sure remember you. This is My next book and its title is The Road to ‘L’ I have just completed this my next book which is a humorous memoir. Set in Central London during the period 1981 to 1983 when I was a driving instructor in London working for The British School of Motoring. Pitched somewhere between the old English classic carry-on films and a series of sexy films called Confessions of… It is a humorous memoir of my time as a driving instructor; I reveal the stories of what can happen on a driving lesson, the offers of sexual favours and the actual driving routes I used all around the famous and historic landmarks of London. My books are all humorous memoirs hopefully in the style of Terry Pratchett They should appeal to anybody who likes anecdotal tales, I have tried to write in the style that would make you believe you are in a restaurant and I am with you just recounted episodes of my life or in a pub having a drink with friends, and I’m relating anecdotal stories about my life to you. The Road to ‘L’ is an eye-opening poignant and often hilarious romp through my years as a professional driving instructor in Central London back in the early 1980s. I reveal people’s behaviour, conversations and downright dangerous things that happened to me during their lessons and their time learning to drive in my tuition car. I reveal the amazing tales of some of the things that could have come straight out of a Bond movie, the inappropriate offers of sex, and you will meet the amazing sister Mary Clara and her meeting with one of the famous Beatles back in the day. Travel throughout London and all the amazing sites this city offers and all on a driving lesson, or be part of being bombed twice in one day on two separate lessons, by the IRA. Learn about the Falkland Islands war, from the perspective of both sides. My book is a journey through the eyes of a professional driving instructor that will amaze you and also amuse you. It gives you a chronological history of the world events that affected London during this period, and of course about learning to drive a car. But in reality, the book is about people and how they can reveal so much about themselves whilst in the company of their driving instructor. With some amazing stories, and some scary situations, but above all humour. This book is a prequel to my first two books and a further look into the story of my life and my search for my own El Dorado. My first book published back in 2011 is called A Turnkey or Not? It is a biography of my 25-year service working in Her Majesty’s Prisons and my second book El Dorado? No! Heathrow Airport is a follow on from the first book and continues my working career as a security officer working at one of the busiest airports in the world and people’s behaviour when confronted with modern-day air travel.