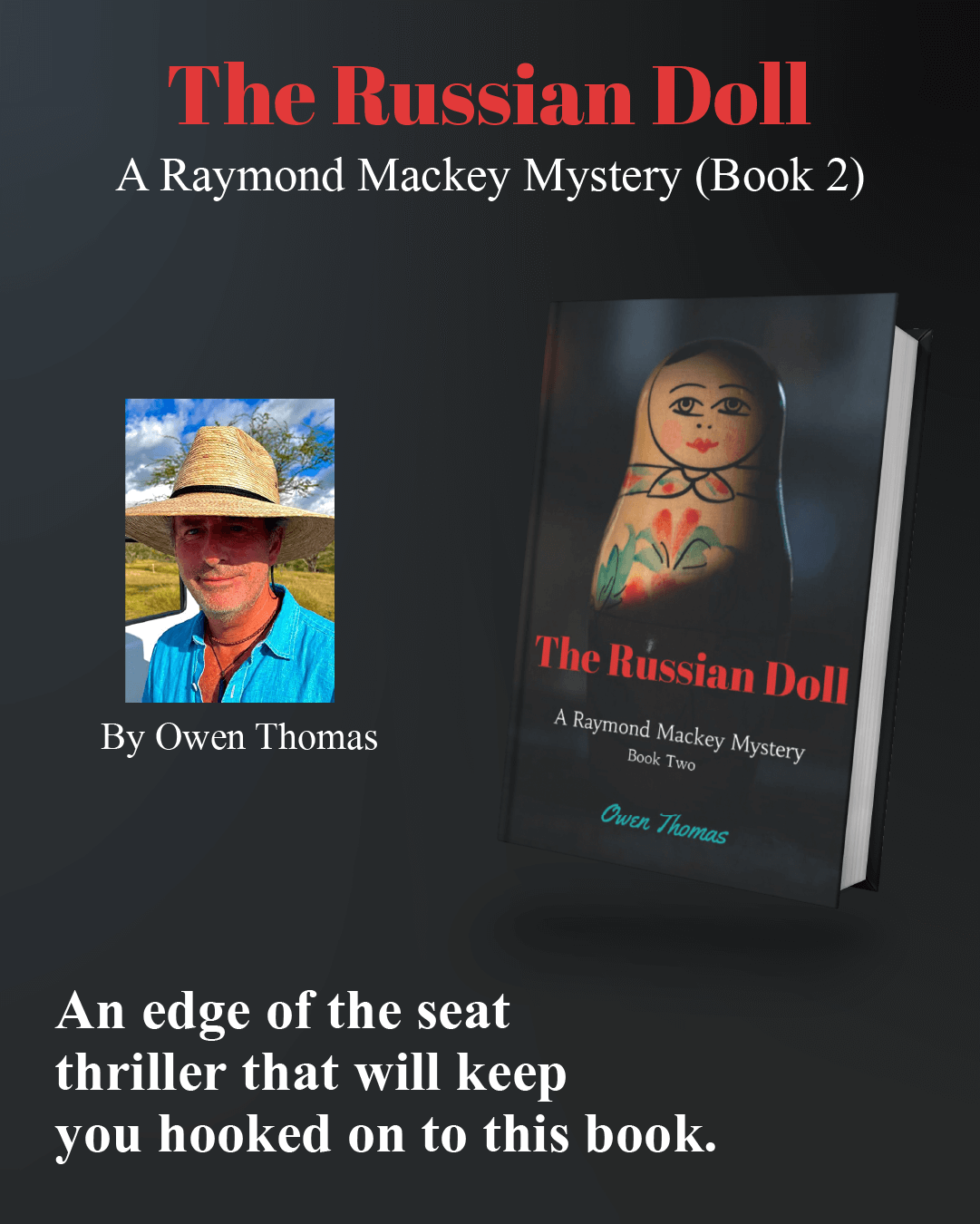 A bone-chilling Chicago winter. Marlo is still dead, Phil the cat still purrs for Old Forester bourbon, and Mack still watches himself from above. But nothing else is as it seems. Mystery nests within mystery. Villainy secrets itself, burrowed within the corrupted hollows of polite society, biding its time. Pressing questions about the mayor and a pick-pocket prostitute on the run from the mob must go unanswered as Raymond Mackey is sidelined in a new job. On the upside, the Chandler Illinois Police Department pays him enough to help take the retirement squeeze off the booze and cigarettes. The downside is the department rule against smoking and drinking. That, and everybody with a badge hates Mack as much as ever.

A welcome diversion shows up in the form of Nadia King, an alluring single mother who asks Mack for some off-the-books help recovering a missing heirloom. It might just be the easiest assignment he’s ever had. Until it isn’t. The hand-carved Russian nesting doll is one hundred seventy-four years old. Open her up and she’s full of secrets. But first he has to find her. Then he has to stay alive long enough to understand that smile on her face.

Mack’s road to enlightenment is fraught with danger and littered with cautionary tales. A casino manager brutally beaten into the afterlife by his own employees. A decorated cop shot to death in his mother’s home as she listens, bound and gagged, from the kitchen. A dope dealer on trial for allegedly murdering a successful restauranteur in a robbery gone bad. A criminal defense lawyer with pointy boots, a ponytail, and a bottomless retainer. An ex-felon pornographer accusing a cop of running a protection racket. A quiet girl in a yellow coat who knows too much for her own good. And a giant, brick building of a guy named Hell with a broken poker chip in his pocket and Mack on his mind. It doesn’t help that trust is in such short supply, or that Big Man is watching him from every corner of the city. Marlo is dead and gone. The only one who can watch over Mack… is Mack.

About the Author: Owen Thomas

Owen Thomas is a life-long Alaskan living on Maui because life is too short for long winters. He has written six books: The Lion Trees (which has garnered over sixteen international book awards, including the American Writing Awards, the Amazon Kindle Book Award, the Eric Hoffer Book Award, the Book and Author Book of the Year, the Beverly Hills International Book Award and, most recently, a finalist in the Book Excellence Awards); Mother Blues, (a novel of music and mystery set in post-Hurricane Harvey Texas, Finalist for the American Writing Awards and the Book Excellence Fiction Award, and collecting a Bronze in the Readers Views Reviewers’ Choice Awards); Message in a Bullet: A Raymond Mackey Mystery, (the first in a series of detective novels, shortlisted for the Best Mystery Book of the Year by Forward INDIES Book of the Year Awards and collecting a Silver from the eLit Book Awards); The Russian Doll: A Raymond Mackey Mystery (the second book in that series); Signs of Passing (a book of interconnected short stories and novellas, and winner of fourteen book awards, including the 2014 Pacific Book Awards for Short Fiction, the Indie Reader Discovery Award, the Great Southwest Book Festival, has garnered placements at the Paris, London and Los Angeles Book Festivals and was also named one of the 100 Most Notable Books of 2015 by Shelf Unbound Magazine); and This is the Dream, (a collection of stories and novellas that explore that perplexing liminal distance between who we are and what we want; Finalist for the American Writing Awards and the International Book Award in short fiction, and collecting a Bronze in the Readers Views Reviewers’ Choice Awards). Owen maintains an active fiction and photography blog on Facebook, Tumblr and on his author website at www.owenthomasliterary.com.

For the ninth consecutive year since he has been measuring his commercial success as an author, Owen has not won the Orange Prize for Fiction. Also, to great acclaim, he has not won the Man Booker Prize. Most recently, in April of 2022, Owen was not nominated for a Pulitzer.

Owen makes his home in Alaska and Hawaii. When he is not writing, Owen can be found recreating and taking photographs in the grandeur of these wonderfully picturesque locations. Some of these photos are posted on Owen’s photo blog, 1000 Words per Frame.