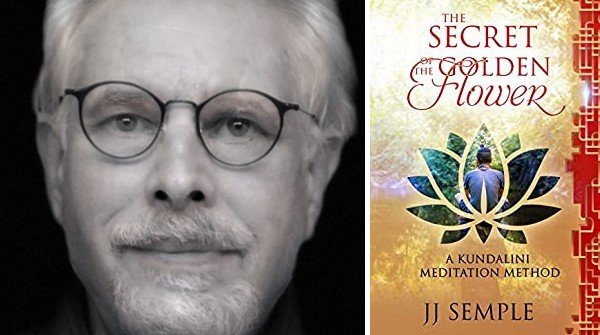 The first book to examine and extract the workable teachings from The Secret of the Golden Flower. Forget dogma and belief systems… This is a DIY meditation method, especially suited for those individuals tempted to brave the solitary path. Its only limits are your ability to envision and strive for a new YOU.

Since the publication of Deciphering the Golden Flower One Secret at a Time (ASIN: B001A9TN7Q) in 2008 (DGF), readers have asked for an in-depth guidebook on using The Secret of the Golden Flower (SGF) to awaken kundalini in a manner, and with results, similar to those described in JJ Semple’s DGF.

The Secret of the Golden Flower: A Kundalini Meditation Method is that book, a much anticipated interpretive guide to the SGF as well as a sequel to DGF, Semple’s autobiographical kundalini memoir.

Kundalini is the formative, biological life force energy in your body. Most people don’t realize that it resides within them: they are simply unaware of its actuality and its potential. Which means, of course, that it may never “re-activate” either spontaneously or otherwise, not unless the individual learns how to induce a Kundalini awakening through meditation practice. Even then, the outcome is never certain. There’s a quantum or karmic aspect to the process.

Wilhelm, Cleary, and Jung translated the book and commented on its teachings, but not one of them used the method to activate kundalini. This book compares their translations and commentaries with JJ Semple’s empirical practice of the method, using his ultimate success in awakening kundalini as the arbiter of its suitability as a method — in essence, the author identifies where the written word deviates from actual practice. He extracts the workable teachings from the esoteric text of the SGF and shapes them into a practical modern method. By cross-referencing both the Cleary and the Wilhelm versions, the author details each version’s contribution to the kundalini awakening process. A chapter comparing Golden Flower Meditation (GFM) to the Microcosmic Orbit (MCO) is also included.

Says JJ Semple, “Did I take every word and passage in the Wilhelm version literally? No more than I take every word or passage in the Bible, or in Cleary’s translation, literally. I realized that a successful practice depended on problem solving and detective work, that searching for literal meaning was a waste of time. Success would be found in doing, not in fantasizing.”

A treatise on Chinese kundalini meditation and ontology, The Secret of the Golden Flower is a third-century masterpiece, whose teachings are obscured by a poetic style and baffling metaphors.

In fact, the SGF has two objectives. One, it’s a manual for kundalini meditation, even though the term “kundalini” never appears in the text. Put aside what you may have been told or read about the SGF and accept this as fact — one borne out by centuries of realized practitioners who practiced the method, a fact vetted by contemporaries such as Gopi Krishna.

Two, it’s an explanation of ontology, which the dictionary defines as: “the branch of metaphysics dealing with the nature of being.”

Neither objective is readily understood without practicing the method. The best way to reconcile the two objectives is by practicing the method, which, if you are patient, allows you to “grok” the ontological elements as you move forward. The two are not separated in the text; they’re co-mingled, which, as you might imagine, makes understanding problematic.

Says JJ Semple, “Although the ontological portions obscured the practical aspects to some degree, I decided to forge ahead. Ultimately, once the meditation took its course, once the light started to circulate, I was catapulted out of the limiting duality of the physical world into the metaphysical actuality of ‘the great One…which has nothing above it.’”