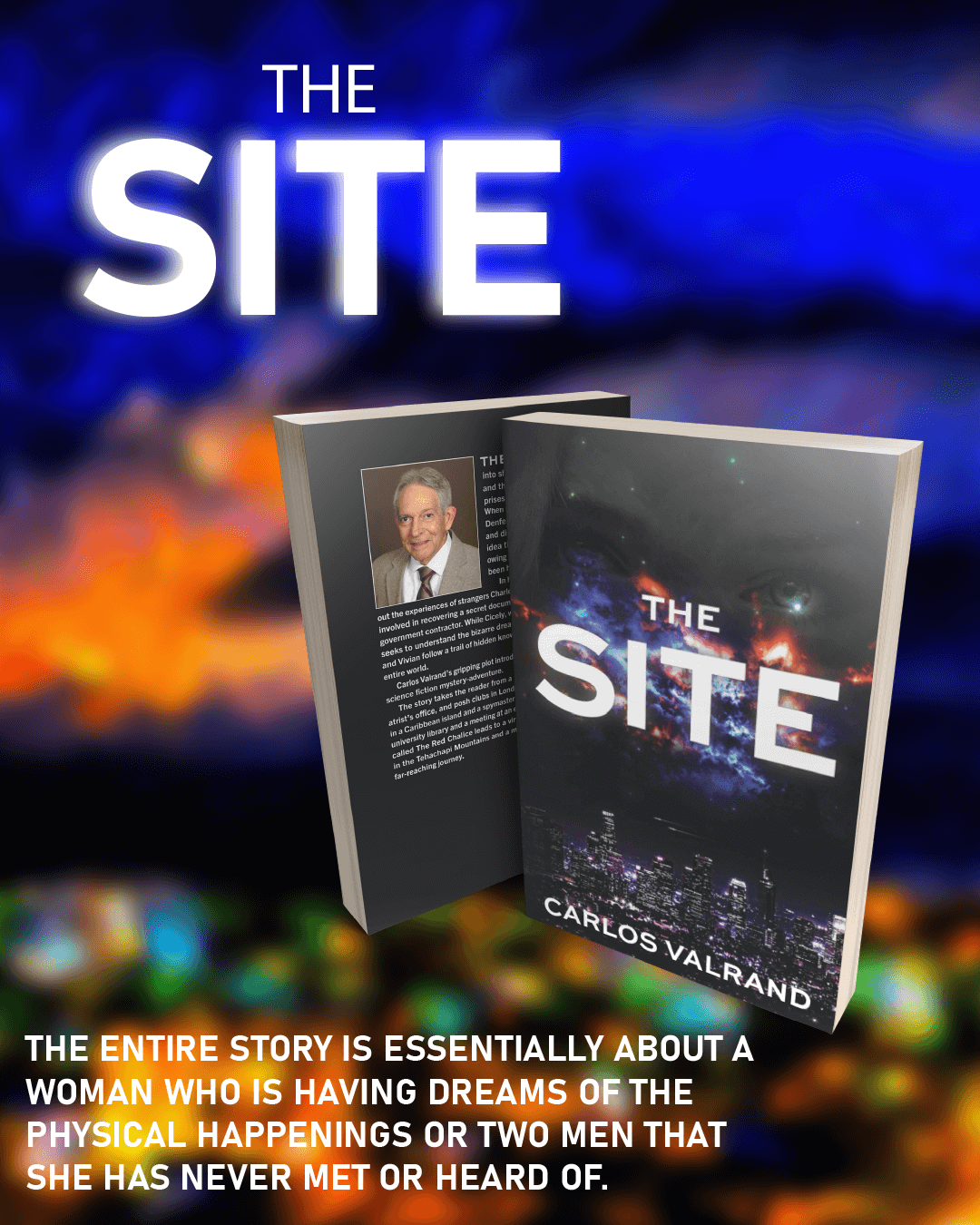 The Site provides a gaze into shadowy government entities and their relationships with enterprises with an otherworldly reach.

The Site provides a gaze into shadowy government entities and their relationships with enterprises with an otherworldly reach. When London schoolteacher Cicely Denfeld begins experiencing vivid and disturbing dreams, she has no idea that they could be foreshadowing a secret reality that has long been hidden from the public eye. In haunting dreams, Cicely lives out the experiences of strangers Charles Ryder and Vivian Venables, involved in recovering a secret document taken from an American government contractor. While Cicely, with the help of a psychiatrist, seeks to understand the bizarre dreams that plague her, Charles and Vivian follow a trail of hidden knowledge that could impact the entire world. Valrand’s gripping plot introduces new twists to a classical science fiction alien contact story. The plot takes the reader from a cozy flat, a school, a psychiatrist’s office and posh clubs in London to dangerous encounters in a Caribbean island and a spymaster’s office in Miami. A visit to a university library and a meeting at an establishment in Los Angeles called The Red Chalice leads to a virtually unreachable location in the Tehachapi Mountains and a most daunting, dazzling and far-reaching journey.

About the Author: Carlos Valrand

Carlos Valrand has a BS Aerospace Engineering degree from Georgia Tech and an MS Finance degree from the University of Houston-Clear Lake. He has participated as an engineer and manager in NASA and Department of Defense projects such as the International Space Station, the Space Shuttle, the Strategic Defense Initiative, the Patriot air defense system, and the USAF C-5A and C-130 aircraft. He has authored various aerospace system functional requirements documents and technical papers, and has developed and taught courses in dynamic simulations, aerodynamics, and space vehicle guidance, navigation and control.