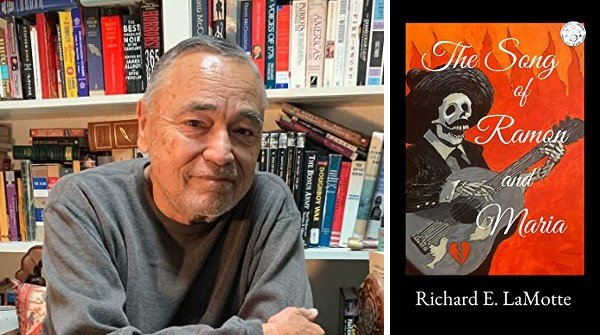 The Song of Ramon and Maria

An Epic Historical Novel of Love and Revenge

The Song of Ramon and Maria by Richard E. LaMotte is an epic romance novel set against the backdrop of the Mexican Revolution at the dawn of the 20th century.

Despite misgivings from her family, Maria Duranthon, of European ancestry, marries the love of her life, Ramon, a dashing Indian cowboy, in the small rural Mexican town of Rosario. But when Ramon is drafted into the Mexican army and Maria’s father is unexpectedly murdered, the two lovers will diverge toward very different paths in life. After suffering a harrowing assault by a despicable army captain, Maria leaves for Mexico City, realizing to her horror that she is pregnant. She is forced to beg on the streets until she finds refuge in the bordello of a European madame. Meanwhile, Ramon joins the revolutionaries while being hunted by the federal forces. Can Ramon and Maria find their way back to each other?

A sprawling tale of love, loss, and betrayal, The Song of Ramon and Maria never lets you take your eyes off the pages. Author Richard E. LaMotte weaves an epic yarn filled with romance, tragedy, and political intrigue that keeps you on your toes with a string of twists and turns you never see coming. This is a story full of heartbreak where our heroes sacrifice themselves for the greater good. Ramon and Maria are two star-crossed lovers who find themselves separated from each other due to extraordinary circumstances they have no control over.

Richard E. LaMotte is a seasoned writer and the influential author of his new fiction novel titled “The Song of Ramon and Maria,” which is now available on Amazon, Reader’s Favorite, and many fine online book sites.

Richard has always been an observer of people and loves stories; he enjoys stories about history, people, mysterious and exotic places, love, danger, and adventure. Stories about behavior, motivation, self-realization, and self-deception – in other words, stories about us – us as humans.

This passion results from Richard joining the Marine Corps just out of high school. A passion born from working in the motion picture industry as a costume designer, art director, technical advisor, and director – traveling worldwide, setting up departments in foreign countries, and working with prominent Hollywood actors and actresses.

Now retired from the film and motion picture industry, Richard is devoting his time to his love of stories – writing adventures for avid readers.