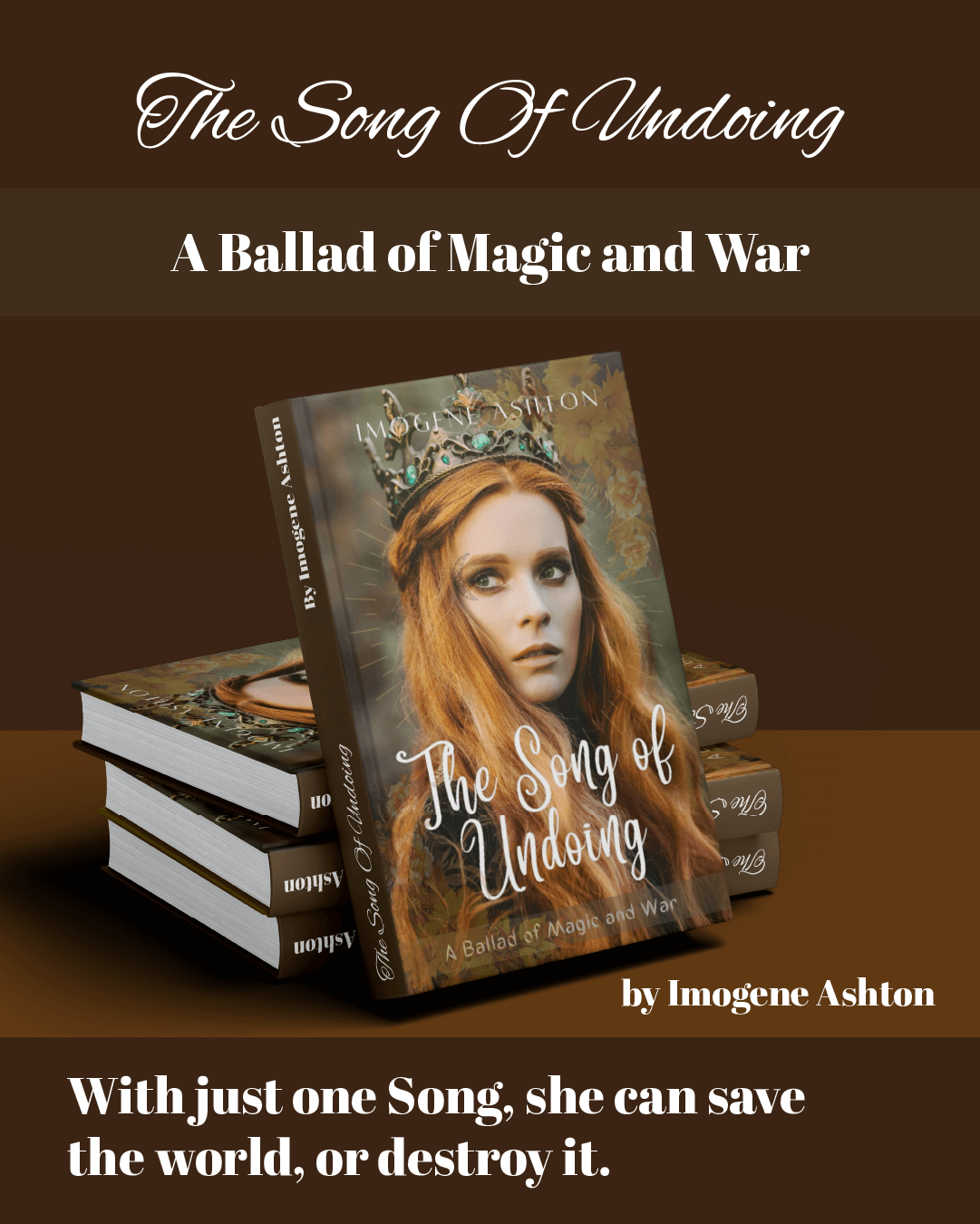 The Song of Undoing

(A Ballad of Magic and War Book 1)

Arianna Demerit was fifteen years old when her country was invaded, and her king murdered. Narrowly escaping with her life, she and her family manage to live under the radar for five years, until the invaders push south.
After her father is killed, Arianna is told she will become the wife of the new king’s son and heir, Prince Korah. However, being surrounded by mages who use their magic for harm causes Arianna to flee to the home of her ancestors, the elves, where she can live freely without persecution.
But darkness is rising in the land, mages are fighting for ultimate power and when it is discovered that Arianna carries the blood of elves as well as the blood of humans, hope in the prophecy rises as it speaks of one who can save them all.
But Arianna’s magic is dangerous. With just one Song, she can save the world, or destroy it.

About the Author: Imogene Ashton

I mostly enjoy writing dystopian post-apocalyptic fantasy novels about heroines doing their best to help save the world.

I was born in the tiny but beautiful country of New Zealand. I still live there.

I’m also obsessed with animals (mainly giraffes) and spend some of my free time volunteering. I have volunteered in Bolivia and on a predator-free island off the coast of NZ where the kakapo live. I have also volunteered at wildlife reserves in Christchurch.

My favourite sort of books are the ones that involve werewolves, witches & wizards and vampires.