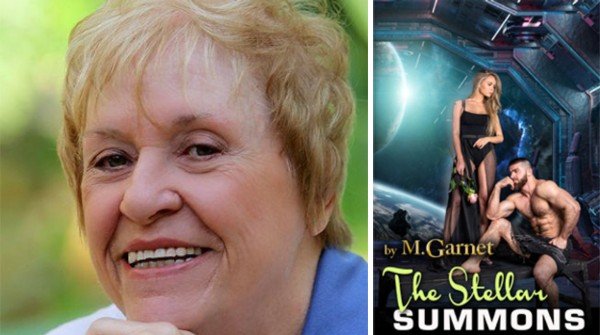 The greatest project of all time, possible first contact, is plagued by killers and a scientist that sees herself saving everyone, especially one of the killers.

How can a great ship built with special funds to go out on the greatest of all scientific quests, first contact, go so wrong? It is loaded with thirty people and eighteen of them are the best scientists in the civilized system. The other twelve are made up of a handpicked crew.

But things begin to go wrong the night before lift-off when Beth, one of the scientists, sees a special Lieutenant who is also a scientist killing the political man behind the project. Death after accident happens as the ship gets beyond help into the deep of space and Beth begins to doubt what she saw on that early evening.

Alien items, constant risks to everyone and a thought that they might never be able to return with all the great news they have discovered, leaves the last survivors clinging to each other.

Frozen in the dark open door, Beth was watching the most important man in this part of the universe being killed. No air moved into her body with the shock of what she saw in the broken light that had fallen across the floor to illuminate the two figures.

In the reflection was the bruised and bleeding face of the Secretary-General. Holding him down was the young Lieutenant who was supposed to be going on the Project with all the scientists and her, Dr. Elizabeth McDowell.

Taking one short step back, as that seemed the only part of her body that was working, Beth stopped as she heard some words. The Secretary-General was still alive as the man on top pressed an Ion knife into his throat.

“Why,” was the word that gurgled out of the man down on the floor, unable to move.

“You have killed hundreds,” the baby-faced military man leaned forward. “But this time, you killed one too many. You killed Drummond.”

With those words, the Lieutenant leaned forward, and the dangerous tool cut cleanly and deeply into the Secretary’s throat, taking his life.

Now her body did react. She turned, and in her bare feet, she ran across the balcony to reach the stairs she had taken to come up at the important man’s request. She had to get help before the military man caught her and took her life. Clutching her shoes to her chest, her mind was fighting to find a solution. What should she do first? Scream or seek out someone to help and whisper. It was a shock that was making her tremble as she finally heard the music and voices.

Standing inside the opening to the big room that held the final party for the Project, she looked for help. This room was full of scientists and military experts. Feeling her knees weaken, she reached out and grabbed the arm of the first person she could reach. It was a military colonel who was also a scientist and was going on the Project with her.

The man who looked like he belonged more in a lab than in a uniform, turned and smiled. Then he did a doubletake as he saw the woman hanging onto his arm.

“Are you sick? I can get a medic.” He began to pull up the arm she was holding. It must be the one with his contact built into it, and he was trying to call someone for a sick person.

“Colonel, someone killed the Secretary-General.”

The man stopped and examined her, leaning into her. “Are you drunk on the night before the ship leaves? You better take a pill.”

“No, I’m telling you. I saw it upstairs. His throat was cut.” Now she was pulling at the Colonel, and her voice rose, drawing attention.

A couple in front of them turned with frowns. The man was the one who spoke. “Shhh. The Secretary-General is about to speak.”

The Colonel turned, dragging Beth around to where they both could see the giant holoscreen floating over everyone in the center of the room. It was the head of Secretary-General Bos Ooksrak.

“He won’t speak.” Beth moved closer, past the Colonel. “He is dead.”

Then the Secretary’s head moved, and he smiled as he seemed to look all over the room.

“Welcome all of the adventurers. The thirty people who will be heading out in the Altima Uni ship that I was able to help encourage to get built in such a short time.”