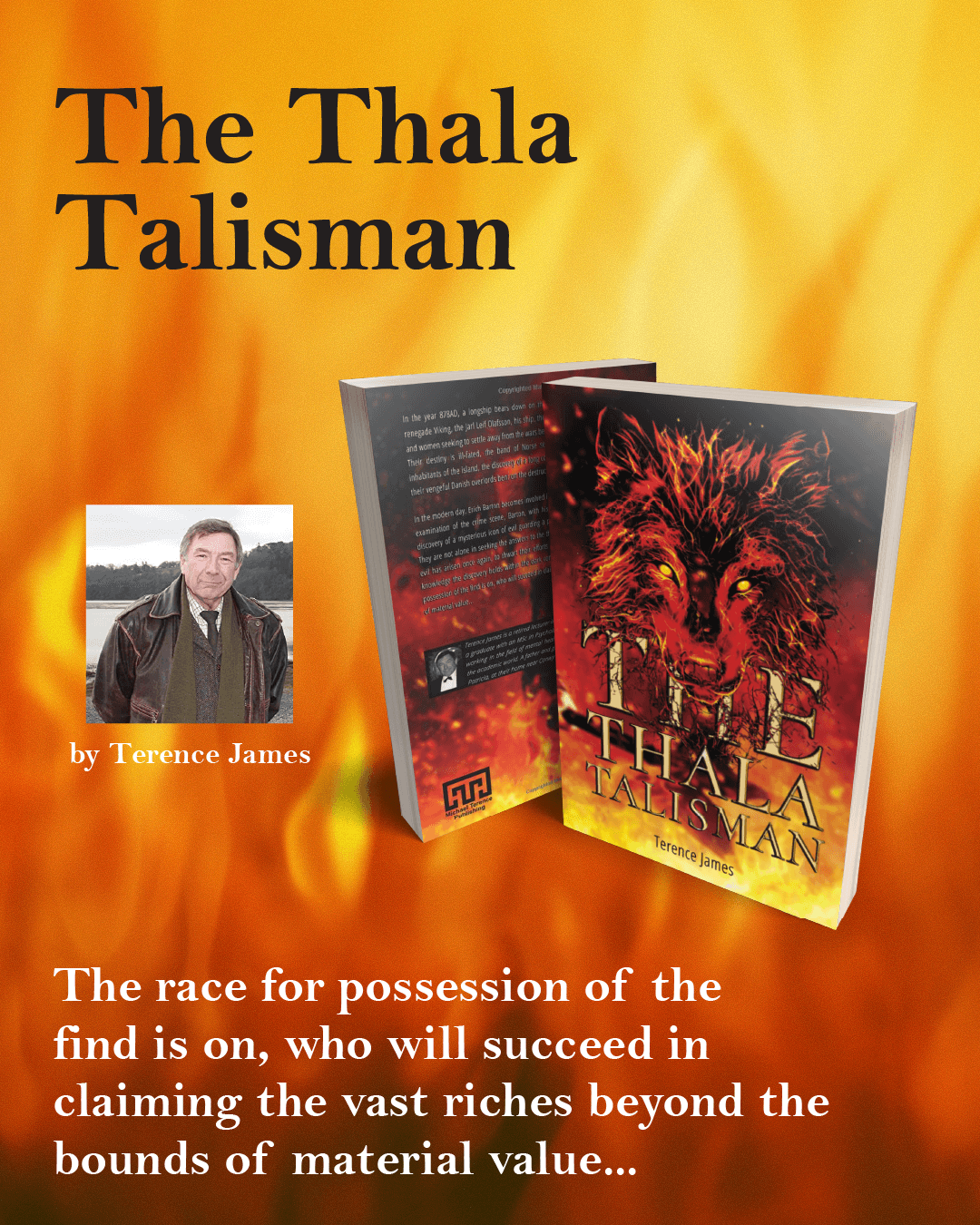 In the year 878AD, a longship bears down on the coast of Wales.

In the year 878AD, a longship bears down on the coast of Wales. Commanded by the renegade Viking, the Jarl Leif Olafsson, his ship, the Freyaspaar holds a crew of Norsemen and women seeking to settle away from the wars between the Danes and the Anglo-Saxons. Their destiny is ill-fated, the band of Norse settlers encounter first peace with the inhabitants of the island, the discovery of a long concealed talisman of evil; then war with their vengeful Danish overlords bent on the destruction of Olafsson and his people.

In the modern day, Erich Barton becomes involved in the hunt for a brutal murderer. In the examination of the crime scene, Barton, with his trusted colleagues, is faced with the discovery of a mysterious icon of evil guarding a priceless collection of ancient artefacts. They are not alone in seeking the answers to the thousand-year-old riddle. The spectre of evil has arisen once again, to thwart their efforts and to deny the world the treasure of knowledge the discovery holds within the dark confines of the hidden crypt. The race for possession of the find is on, who will succeed in claiming the vast riches beyond the bounds of material value…

About the Author: Terence James

Terence James is a retired lecturer in the social sciences and history. Is a graduate with an MSc in Psychology having spent his professional life working in the field of mental health before returning to writing and the academic world. Is a father and a grandfather. Terence James lives with his wife Patricia, at their home near Conwy in North Wales.

When I was asked why I begun writing the Reinecke saga, I started by reflecting upon some of the hair raising hazardous adventures in the days of my own intrepid youth. I then asked myself, what would I, as a reader, expect in such a story? A conflict set against the background of war, with the underlying current being the oldest theme of all, the struggle for good to ultimately triumph over the evils in the world. A readable fictional story would need to contain truths. It must have a firm basis founded in factual realities. It most of all must be believable, the characters need to be plausibly human with with all of the frailties, the desires and the fears we each in our own ways experience over the often unpredictable courses of our lives. .

Importantly, for the reader to come away from their reading of these books with a sense of imaginative stimulation. As the mental imagery, may, if I have succeeded, conjure up the vivid colourful pictures in the mind’s eye of the individual. The unfolding dramas, the colourful vistas of foreign landscapes, to engage with these creations as the reader embarks with me on a journey of exploration: from the birth of an impulse in the inner mind, to the embryonic idea evolving into written words in creating the stories as told in the Reinecke saga.