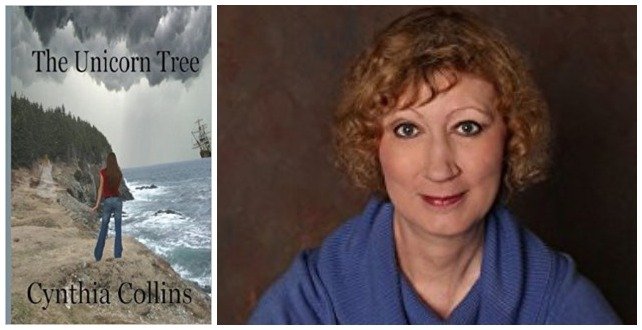 Lisa Duncan, a seventeen-year-old high school senior, has an assignment to tour a historic site and write a report about it. She chooses Mirabelle Manor, a large estate overlooking the ocean, built by a nineteenth-century sea captain for his wife. During the tour, she thinks Mirabelle’s portrait is watching her. One of the items on display is a diary, open to a passage about going to a place called the unicorn tree to watch for ships. This appeals to Lisa because her brother is currently on a commemorative voyage, sailing across the Atlantic. When news arrives that his ship is lost at sea, Lisa’s interest in the diary changes from curiosity to determination in hopes of discovering what happened to her brother.
Available on Amazon

“The Unicorn Tree blends history with coming of age”

Full of angst because her brother was lost at sea,a teenage girl discovers an old and fascinating journal. Her suspenseful search to unravel truth weaves history into her adventure. Author Cynthia Collins has penned a delightful story that any age can enjoy. I highly recommend THE UNICORN TREE to all.

Cynthia Collins is from Jefferson City, Missouri. She began piano lessons at the age of five and had every intention of pursuing a music career as a composer. She graduated from Drury University in Springfield, Missouri, with a Bachelor of Music, attended summer school at the Salzburg Universitat in Salzburg, Austria, and did her graduate work in composition at the Mannes School of Music in New York. While working in the music industry, she would spend her spare time watching the ships in New York Harbor. This led to a volunteer position, sail training, and employment at South Street Seaport Museum. Other volunteer experiences with ships followed, including the 2006 NY dockside segment of the Godspeed Sail honoring America’s 400th Anniversary.

The Unicorn Tree is Cindy’s debut novel. The age range is for teens and up, and was inspired by her interest in historic house museums and tall ships. She has written over thirty articles currently online, many of which focus on her native Missouri and maritime history. Two short stories, published by The Storyteller magazine, have received the magazine’s People’s Choice Award – 1st Place Fiction.

She is a member of the Steering Committee of the Working Harbor Committee of NY/NJ, an organization dedicated to educating the public about maritime history through lectures, films, and sailing.