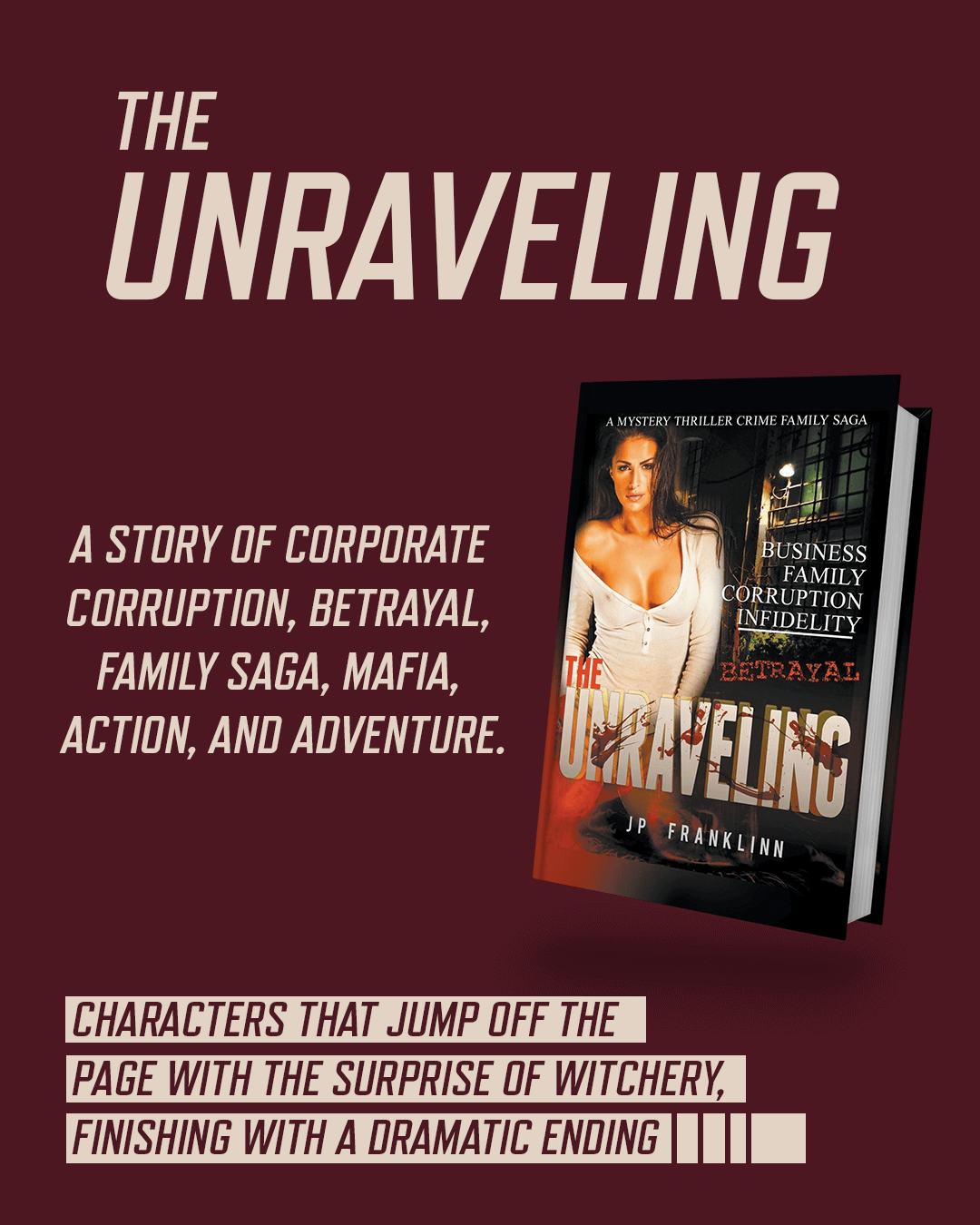 There he will start his career after the suicide of his father at 8 and years on the street, Kyle is now ready.

Back from war at the age of 19, Kyle Stone builds a financial empire in the City of San Francisco. There he will start his career after the suicide of his father at 8 and years on the street, Kyle is now ready. In the midst of craziness, romance blossoms, with a bright young woman who had no idea what she was getting into. However she will bring hope where there was none. Just as you think it is going to be okay, a twist in the story sends Kyle to an existence he never knew and never wanted to know, the Mafia. Root for him as he is drawn into a world unknown by most that will spill into all their lives. The Unraveling, is a story of corporate corruption, betrayal, family saga, Mafia, action, and adventure. If you are looking for a story with a brisk pace, crackling chemistry, witty banter, and romantic moments that make you melt, a high stakes plot, characters that jump off the page with the surprise of witchery, finishing with a dramatic ending, then The Unraveling is your book.

About the Author: JP Franklinn

The story of the protagonist, Kyle Stone, is based on JP Franklinn’s life experiences. Derived from his life experiences, starting with the loss of his father to suicide. He lived with several families before he found his home in the Army. Becoming a combat engineer, he later earned his commission as an Infantry Officer at just eighteen years old. He served during the Vietnam war and received injuries that would later become crippling. JP started a business alongside his family, what followed were some of the strangest events leading up to betrayal, greed, corporate corruption, witchcraft, and the paranormal. Those years were the craziest in his life. Thus The Unraveling had to be written. JP will spend many years in the Entertainment Business, as a Rock Star Manager, Concert, and Movie Producer, and was honored to be Producer of USO Entertainment. By producing USO Shows, he not only selected and negotiated with artists and management, formatted the show from music to comedy to dance, and also organized logistics and travel. He saw sick, terminally ill children throughout his travels and decided to do something to help them. He chose the magic of movie-making to reach out to them. The children became the stars of their movies. The results were amazing for these children, and it gave them a will to live again. For over twenty-five years, JP founded ‘The United States Entertainment Force,’ a nonprofit charity serving the US military and their families. In addition, he founded the ‘Hopes and Dreams Project,’ which was for sick children and gave them life through the magic of movie-making.