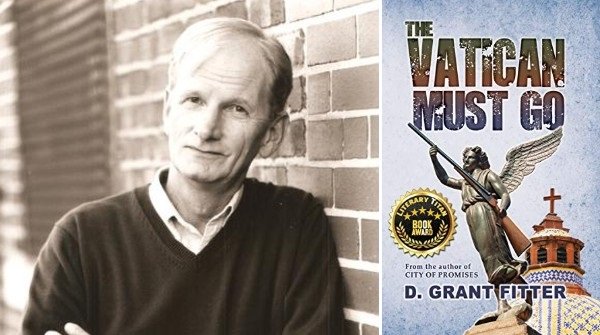 It’s the 1920s and in firmly Protestant United States, there is deep concern about the growing spread of Catholicism and fear of the church /state roots of its history.
South of the border, Pancho Villa is gone and Mexico is just settling into a new, post revolution form of democratic government. Vatican influence over the psyche of the country remains the sole enemy of the revolution and so, power brokering generals have written a new constitution to include articles restricting the power of the church over the citizenry, reclamation of vast, rich Church land holdings, and to detach it from Vatican control.
Back in United States, Mexico’s turmoil is a welcome sight to certain groups of powerful people who believe evangelism is powerfully representative of the American Way. If only a Mercenary Force could be dispatched to represent those American interests and assure the menace of Catholicism throughout North America is kept in check.
Enter Coloradan, Charlie Coates, who stealthily mananaged the bloody John D. Rockefeller strikebreaking campaign during the infamous Colorado Coalmining Wars.
To this day, the government of Mexico chooses to ignore the atrocities and battles of the early 20th century Cristero War which claimed over 120,000 lives. It was a long and dirty war selectively forgotten by the official history curriculum.
The Vatican Must Go is one historical fiction account of what might have brought about all out warfare against government attempts to stamp out Catholic Church control over the soul of Mexico.
This historical fiction novel, The Vatican Must Go, by D. Grant Fitter is his second solid contribution to the Tales of Mexico sub genre series, written in the great tradition of Graham Greene, Gary Jennings and Clifford Irving.