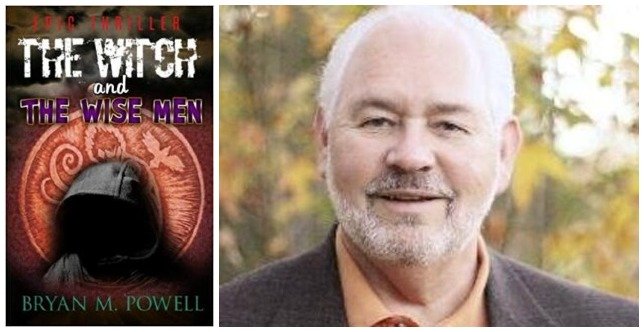 The Witch and the Wise Men An ancient medallion is discovered, An evil spirit is awakened, A witch’s curse is broken … And the wise men of Bethlehem are called upon to face the ultimate evil. When Mrs. White and her daughter, Abby, moved to North Hampton, a quiet town tucked away in the north Georgia mountains, little did the community suspect her real intentions. Then things began to happen … unexplainable things … dark things. Sitting at a table illuminated by a single candle, Mrs. White, who calls herself the White Witch, reads the inscription on an ancient medallion. Halfway around the world, a spirit awakens. It had been summoned. Thirsty for blood, it possesses the White Witch and makes its demands known. “Give me a child for the Dark Lord.” After two thousand years, the wise men of Bethlehem are released from the Witch of Endor’s curse and find themselves in North Hampton in the 21st century. Longing to return to their homes, they soon realize they can’t … not until they complete their mission … to save a Jewish child from the Dark Lord and destroy the Witch. Once again, nine-time published contemporary Christian fiction author, Bryan M. Powell, masterfully crafts a spellbinding tale of love and redemption around spiritual warfare. As the battle between demonic forces and Heavenly hosts builds to a breathtaking crescendo, one truth becomes clear; the importance of the praying church. On the order of Frank Peretti’s This Present Darkness and Piercing the Darkness, this novel will keep you reading all night … with the lights on.
Available on Amazon

“A clean and exciting read!! Definitely keeps you …”

A clean and exciting read!! Definitely keeps you on the edge of your seat and wanting to read more!

Novelist Bryan M. Powell is the author of 8 Christian Fiction novels, 2 Inspirational Books and 1 Memoir he co-authored. Working within a Christian ministry for over forty-two years, Bryan is uniquely qualified to write about Christian topics. His novels have been published by Tate Publishing, Lightning Source, Create Space, Kindle Direct Publishing, and Vabella Publishing. His latest novel, The Witch, and the Wise Men held the #23 slot on Amazon’s best seller’s list.

bryan-and-patty-at-southern-charmIn addition to his novels, Bryan’s short stories and other works appeared in The North Georgia Writer (PCWG’s publication), Relief Notes (A Christian Authors Guild’s book, released in 2014), and in the Georgia Backroads magazine.

Along with his literary work, Bryan has over eighty choral and instrumental pieces to his credit as a composer/arranger.

Bryan lives in Dallas, Georgia, with his wife, Patty. They enjoy reading, travel, an occasional round of golf (with Patty driving the cart), and spending time with their two grown children and seven grandchildren. He and Patty are also the owners of Hiram Bookstore, located at 5077 Jimmy Lee Smith Pkwy, Suite 109, Hiram, Ga 30141.