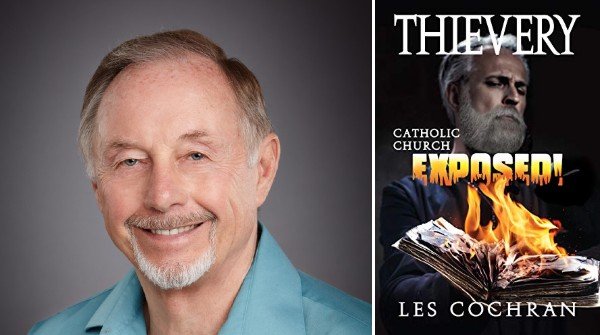 Sex Abuse is Not the Catholic Church’s Only Crime

Thievery is a documentary based upon the collection of ninety-seven (non-sex abuse) cases uncovered through a comprehensive investigation of legal cases, newspaper stories, and articles reported from 2002 to 2018.

Throughout this period, sex abuse scandals dominated comment about the Catholic Church. And rightfully so! It’s estimated that these priests imposed their will upon over 100,000 innocent children. But priests were not the only ones engaged in deviant behavior, and sex abuse was not the Church’s only form of criminality. Thousands more priests and staff members were embezzling and stealing, giving root to the thievery scandal in the Catholic Church.

Thievery traces the evolution of the thievery scandal, year-by-year, from 2002, until its crescendo in 2018, as illustrated by the following headlines:

Is the Catholic Church too big to fail?

With estimates of thievery in the U.S. Catholic Church now surpassing $1.2B annually, and with legal costs for sexual abuse cases escalating, operational expenses growing, the number of lapsed Catholics increasing, and the percentage of contributions dwindling, Thievery, raises the daunting question: Is the Catholic Church too big to fail?

Thoroughly researched and objectively presented, Thievery is a true eye-opener and a must-read for those concerned about truth, justice and the future of the Catholic Church.