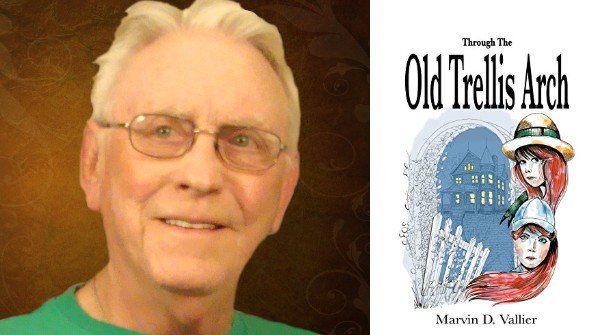 Jennie was a child of the big city girl whose life was an apartment in a highrise. When her family moved to a small town, her imagination went on a rampage. She had moved next door to what was said to be a haunted house. She became obsessed with the old house and the people that may have lived there. She wanted to know what had happened to them. After being told it was a haunted house, Jennie had to check it out for her self. In doing so, she found that an older man and a little girl had lived there before being abandoned.
Jennies obsession led to dreams when she entered through a rickety old fence with an arch, overgrown with weeds and vines. Every time she went through the old trellis arch, she had dreams that took her back to 1917 to a little girl named Sylvia living with her grandfather. These dreams continued for a year or more until her family went on a vacation. When she returned, they had leveled old house, and the dreams came to an end. After that, her life took off in a different direction until attending an annual town event; she finally learns the meaning of her obsession.