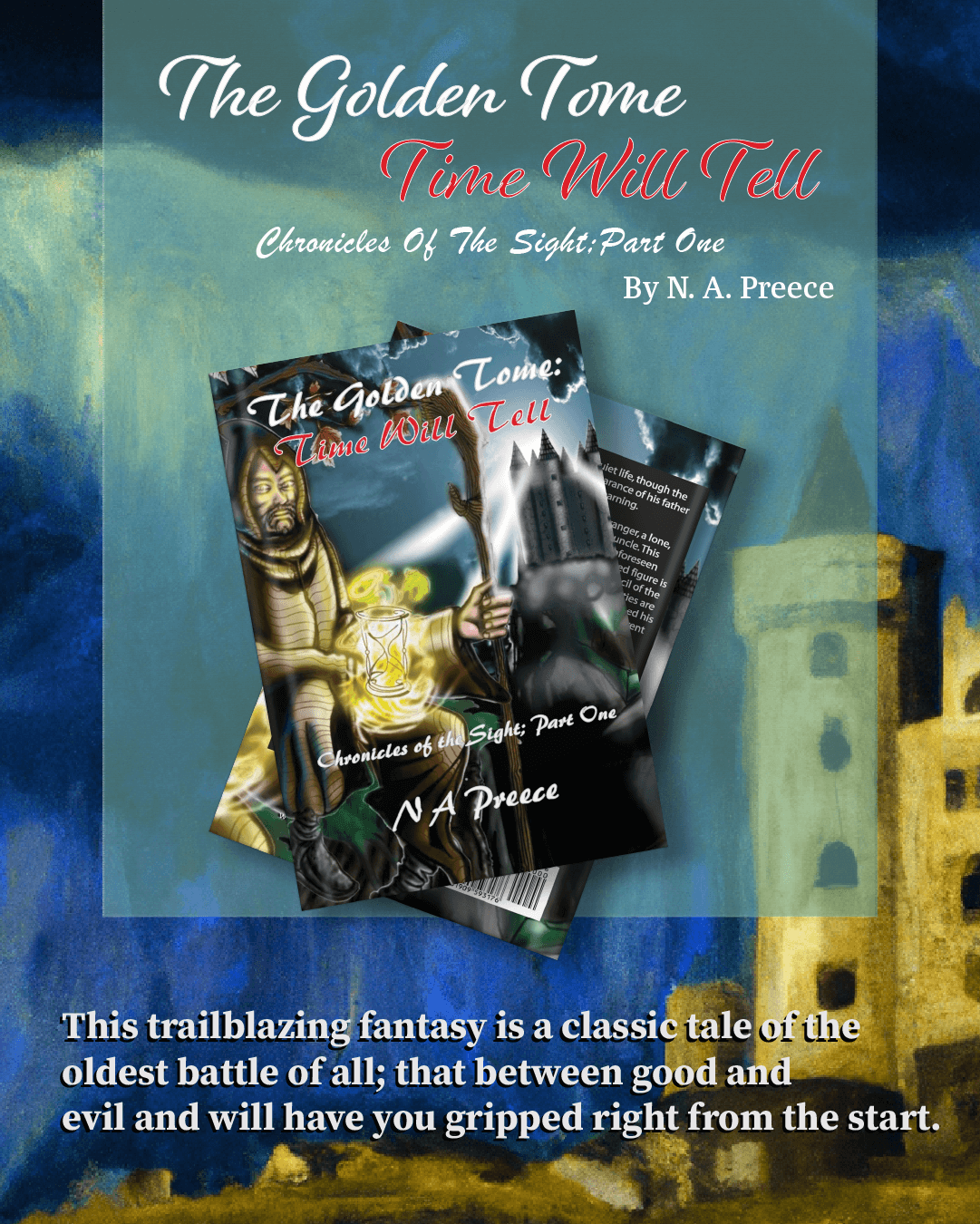 Jon is a young man who lives a simple, quiet life, though the recent death of his mother and the disappearance of his father left him with a deep and painful yearning. Into this sleepy existence steps a mysterious stranger, a lone, hooded figure who claims to be Jon’s long lost uncle. This chance encounter – if indeed it is chance – has unforeseen consequences. Unforeseen to Jon that is; for the hooded figure is a seer – one of eight guardians of the mysterious Council of the Sight, bestowed with magical powers. Yet the seers’ abilities are dimmed. One of the seers – Ebon Lodestone – has entrapped his fellow rulers in Seers’ Tower, rendering all powerless to prevent Ebon’s malevolent desire for absolute power. Urim, Jon’s shadowy new companion, has evaded Ebon’s clutches and is hot on his trail. Together Jon, Urim and an unlikely company of elves, dwarves, men – and the redoubtable Anna – embark on a remarkable journey across strange lands in even stranger times. Fierce clashes with embittered enemies lie ahead, for a heavy darkness has spread across the land. Will this ragtag band of brothers prevail in their endeavour to defeat the rogue seer? Or will the dark forces converging in Ebon’s wake prove too strong for their brave union? With all the epic scope and imaginative breadth of Tolkien, this trailblazing fantasy is a classic tale of the oldest battle of all; that between good and evil and will have you gripped right from the start.