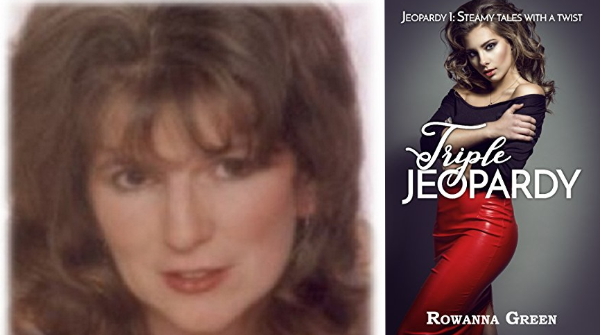 Three compelling tales featuring sassy young women in the 80s when men were men and gals did as they were told (or pretended to!) These naughty teasers are hot and whimsical with addictive twists. They flirt around the edges of suspense and saucy fantasy, heading towards a HFN hint of romance.

Lexie’s Awakening: Lexie’s breakup with her boyfriend puts her back on the market; a natural target for her fellow engineers, who’d previously treated her like cut glass. The office Christmas party dress code says wear red, but her tight skirt attracts a powerful response from an an unexpected source, leading to a whole new adventure.

No Gentleman: Ten tipsy executives. One naïve student. A foregone conclusion?
When Sandy took the waitressing job in an isolated country mansion, she never imagined the wealthy businessmen wanted more than serving food and drink. Until she saw the uniform.

The Dark Knights: A lonely road. A flat tyre. A woman’s worst nightmare
Lexie’s exploration of her secret desires leads to unexpected adventures as she seeks to understand and fulfil her dark yearnings.

Warning: Although generally light-hearted, these steamy, office-based shorts with a twist in the tail are not for the faint of heart. Or under-18s. Or people who don’t like their heroines in too much trouble.