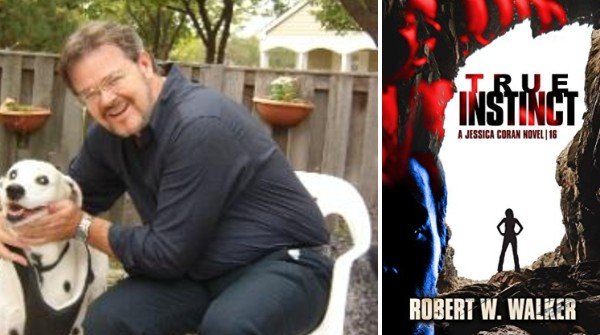 Off a near-death experience in chasing down one serial killer in Upstate, New York. Dr. Jessica Coran is back at her Quantico forensic labs, in safe confines. That is until she gets a call from Andover, Massachusetts Police Chief, Shamus Hale. Hale, a descendant of Rev. William Hale of Salem Witchcraft infamy, has a horrid, inconceivable, and huge problem on his hands–a serial killer murdering abducted children, infants in fact. Due to her reputation and record of tracking down serial killers, Hale has reluctantly reached out for FBI help. specifically requesting Jessica Coran’s help. A proud man, this step has taken Hale some time to take–some think too late and it is an election year.
No matter the local politics or Hale’s calling her in late, for Jessica, this is a case that even she has to think twice about taking on, as the victims are absolutely innocent babies. She would be dealing with a baby-killing serial nutcase. Sure, baby killers existed, always have, but a serial baby killer? It is almost too much to contemplate, much less travel into, to become a leading partner with Hale on chasing down clues that might, or might not, lead to this horrendous monster’s lair–to put an end to the taking of such innocence.
Andover is a small city linked by common history to 1692 Salem, Village witchcraft and witch trials. It is a possibility that the killer or killers hold some crazed. mad motive. Killers, Jessica begins to think of as a team operating here, choreographing this unholy game of terrorizing Andover parents in particular. That this team could be playing out a motive connected to the 300 year-old debacle of Colonial America that is on display today as entertainment in Boston–the Salem Witchcraft episode. Hale certainly believes this twisted kill spree has roots in the past, as all past is prelude to today as far as he and Andover in general are concerned.
Jessica meets with resistance of course, even from Hale. She also meets a number of strange characters in the Disneyesque town of Andover, so quaint and small that it seems everyone is linked–if not from blood and marriage, then from memories of their school days. Most want to believe the killer is an outsider, but as Jessica plods forward, using her latest technological tools, and with the help of her team (brought forward from her previous case of the underwater yacht crime scene in DEAD ON INSTINCT) she believes the killer or killers are locals. That the butchers are living in the midst of the geographical circle of deaths brought to infants snatched from their cribs. All clues lead to this suspicion, that the perpetrator(s) are a man and a woman who know the territory extremely well. Satanically well.
The case takes a twisting curve off the rails that has Jessica and Hale, at one another’s throats even as they board a plane out of Andover for Arizona, giving chase to The Baby Snatcher in an effort to save the final victim.