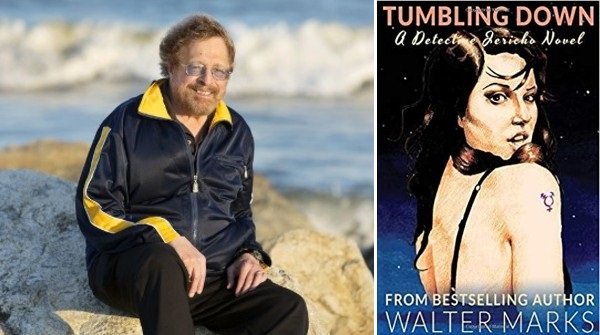 Kirkus Review: The brutal murder of a waitress leads a Long Island detective to the most complicated case of his career in this sixth installment of a series.
Detective Neil Jericho of the East Hampton Police Department is visiting his daughter, Katie, when he receives a call from his supervisor, Chief Krauss. A waitress was found murdered and Krauss wants Jericho to investigate. The victim is identified as 21-year-old Sally Espinosa Baez and an examination of her body reveals that she is a transsexual. Jericho turns to dispatcher Evangeline “Vangie” Clark for help. Vangie and her wife, Ingrid, attend meetings of the Hamptons LGBTQ Center and she can assist with the nuances of the case. The search for Baez’s next of kin leads Jericho to Phyllis Sonnenschein, an LGBTQ activist and candidate for town supervisor of East Hampton. Sonnenschein opened her home to Baez and she believes the killing is a hate crime. Evidence gathered at the homicide scene points in that direction. Meanwhile, Jericho’s girlfriend, tattoo artist Rainbow, and her business are targeted by a member of a hate group. As both cases intensify, Jericho discovers surprising secrets in Baez’s past that may hold the key to her murder. The latest installment of Marks’ (Amazing Detective, 2017, etc.) series starring Jericho deepens the development of the central characters while featuring a complex murder mystery full of surprising twists and turns. The narrative is anchored by Jericho, a dedicated detective with an unerring sense of justice. His devotion to his job cost him his marriage and he is determined not to make the same mistakes in his relationship with Rainbow. The supporting characters are equally well-developed, particularly Vangie, a 911 dispatcher who aspires to move up within the department. The investigation into the murder of Baez unfolds methodically as Jericho uncovers the tragic circumstances of her past and the mystery surrounding her death…
A finely paced crime thriller that should appeal to new and established fans of the series.

The gruesome murder of a local waitress draws Jericho into the unfamiliar world of the LGBTQ+ community in Sag Harbor. In the midst of a complicated investigation, he also has to deal with the intricacies of East Hampton politics and a potential threat to his girlfriend Rainbow. Will Jericho be able to solve this murder while navigating everything else going on in his life? His fierce search for justice leads him to a conclusion that will leave readers stunned.

Reviews for other Jericho Novels:

“Marks provides his intriguing principal characters with solid backgrounds and he puts the central mystery front and center from the start. The relationship between Jericho and Susannah gives the book a good, romantic spark. The whodunit initially seems straightforward, but it offers surprise twists that add further dimension to the characters. A fast-paced mystery with plenty of action and colorful characters”— Kirkus reviews “THE BATTLE OF JERICHO”