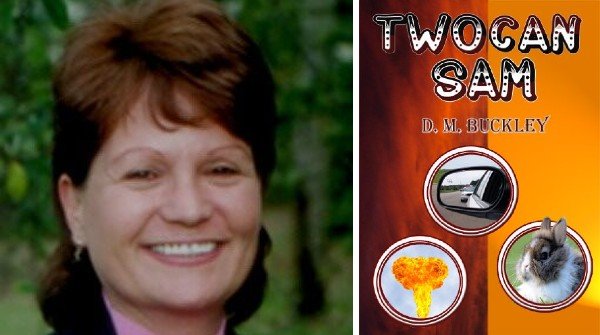 After Nick Romano, a trouble-making prankster from her childhood, guilts her into helping him out while he recovers from a bullet wound he received on her behalf, newly certified process server, Lexi O’Malley, is out to prove a point when, with a condescending smirk, she’s handed off a service by Mark, a P.I. with Romano Investigations, after he was unable to get it handled. On her first assignment going solo, with her wits, gut instinct and plenty of attitude in her arsenal, she’s determined to get her man and rub the Affidavit of Service in Mark’s smug face, but when she finds herself in her subject’s home, only to exit a few minutes later just before a thunderous explosion shoots a huge fireball into the sky, she begins to have second thoughts about agreeing to the favor. As one comic misadventure follows another, she’s shot at, stalked by a crazed lunatic, has her head almost sliced off and, in the end, surprises not only her peers, but herself with her tenacity and ability to get the job done.

About the Author: D. M. Buckley

D. M. (Donna Marie) Buckley was born and raised, and still lives in Tampa Florida with her husband, where she is currently hard at work on The Fifth Wheel, the next Lexi O’Malley adventure.