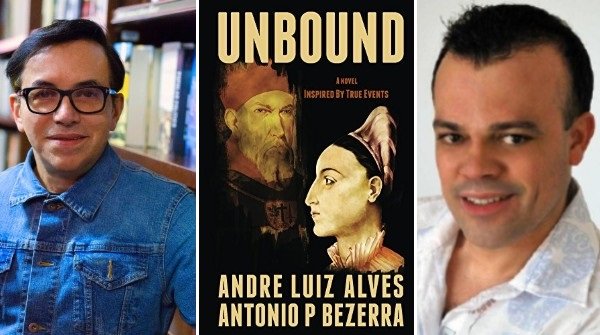 Branca Dias endures the arrest, imprisonment and abuse of her mother and sister at the hands of the Inquisition in Portugal. Dias is a Jewish woman who has hid her family’s religion, but she was bold enough to continue to observe in secret. Eventually, she too is captured and tortured for heresy by the depraved inquisitor, Heitor Mendonça. The inquisitor is simultaneously enraged and passionately obsessed by Branca. Despite enduring emotional and physical torture at his hands, she manages to escape from Portugal. With little more than her wit and boundless courage, she and her children disguise themselves as slaves and flee to Brazil to become one of the first Jewish colonists.

But even across an ocean, the Inquisition follows on her heels. In 1591, Mendonça is appointed official inquisitor of Portugal’s new colonies and chases the one heretic who has consumed his mind and heart: Branca. Obsessed with her capture, Mendonça pursues her for three decades until, in 1593 he uncovers her whereabouts and brings her family back to Lisbon for an inhuman public trial.

Amid the chaos of the trial, the spirit of Branca Dias prevails.