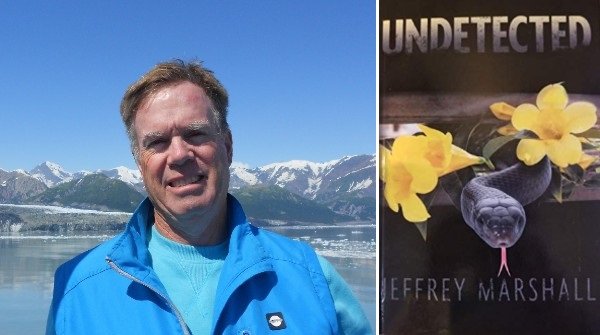 Suzy is a survivor – but her husbands aren’t. In “Undetected,” Suzy Perry, a lovely and accomplished older woman, marries into a new family in Westchester County, NY. Little does her new family suspect that she’s a black widow who has dispatched two husbands in other parts of the country.
A narcissist who lacks empathy, Suzy manages to charm most people she meets and disguise her demons – until she’s ready to strike. As the story unfolds, her new husband’s son, a journalist, tries to find out something about her past, which she’s loath to talk about. As his questions mount, he hires a private detective to delve into her past – and what emerges, which often seems circumstantial, is troubling.
When the evidence reaches what seems to be a tipping point, the new husband confronts Suzy with some of it, and she senses the jig may be up. Then Suzy is on the run, fleeing back into a comforting friendship from her past that she sees as a port of refuge. Her flight takes her across the country, and into a new place with a new name. Will she really get away with it all?