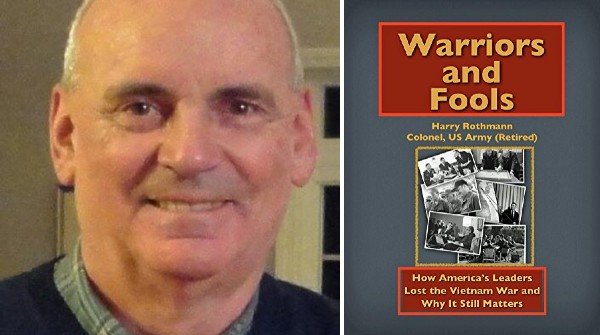 Warriors and Fools is about the Vietnam War. It seeks to answer one specific question – why did the US fail to achieve its principal objective to defend South Vietnam from communist aggression? The story’s findings and conclusions are neither orthodox nor revisionist. Those trying to gain insights on how American civilian leaders lost the war that its military could have won, or how the US Congress, Press, or Antiwar activists caused the US withdrawal and loss of the war will be disappointed.
Rather, as this story explains, the answer of why America lost is more linked to human interactions and relationships than what should have been done or not done. For this story reveals that the interrelationship between American civilian and military leaders and advisors was extraordinarily divisive and dysfunctional. So much so that US leaders’ decisions resulted in flawed, timid policies and foolish strategies that led to defeat. Moreover, that troublesome interrelationship was primarily a result of mistrusts, misunderstandings, and misperceptions on US leaders’ and advisors’ roles, responsibilities, and what they thought would lead to a positive end to the war.
In addition, primarily because they were ignorant of their opponents’ culture and history and overconfident from their past experiences, US civilian and military policymakers ignored or misunderstood their enemy. Indeed, the main North Vietnamese war leaders, whom most Americans did not even know were calling the shots on their pursuit of victory, were determined to end the war militarily, and most persistent in that goal. They also mislead and mystified US civilian and military leaders alike through a brilliant strategy relying on propaganda and ruse that fooled their opponents into believing that a diplomatic solution was possible.
The story of how and why the US lost South Vietnam to the communists uses the most recently released documents from the US archives and Presidential taped conversations of the top-secret meetings and behind door conversations of the major American participants from Truman through the Nixon Administrations. It also utilizes the latest, ground breaking research and released documentation of the war from the Communist Vietnamese side of the conflict,
Warriors and Fools delves deeply into the decision making, strategies, goals, and motives of the North Vietnam leaders as they waged their war for unification, first against the French and then against the Americans. The book further consults the memoirs, interviews, and oral histories of former South Vietnamese leaders and combatants to discover their views on their struggle to form a new nation free from communist aggression. It then compares the attitudes, desires, and objectives of these Vietnamese leaders to those of the Americans to makes some startling discoveries about what US leaders wanted to accomplish and what their Vietnamese counterparts, both in the North and South, prevented them from achieving.
This book is both broad and deep in scope in its narration of the Vietnam War story. It takes the reader from the White House’s oval office and Hanoi’s Politburo room, to the Pentagon’s and North Vietnam Army’s command centers, to Vietnam’s mountain and rice patty battlefields to show the courage, determination, foolhardiness, mistakes, and horrors of war from both sides.
Warriors and Fools should be of interest to those who served in the war, and serious students and teachers of this event and period. It is not intended as light reading, or for someone trying to get just a brief understanding of what happened there and in America at the time.